The Kia Cadenza, or Kia K7 in South Korea, is Kia's full-size car launched in 2009 to replace the Kia Opirus/Amanti.

The Cadenza uses the new front-wheel-drive Type-N platform with MacPherson front suspension and a multilink rear suspension. Cadenza will be offered with three gasoline engines ranging from 165 horsepower to 290 horsepower for the 3.5-liter Lambda, included the new 2.4-liter Theta II with gasoline direct injection (GDI) and 201 horsepower.

North American Launch of the Cadenza

In January of 2013, Kia announced that the Cadenza will be available in the United States. It will be Kia's version of the Hyundai Azera, and is expected to cost close to $35,000 or more. It will be Kia of America's new flagship car, upstaging the Kia Optima. The Cadenza is expected to be in Kia showrooms across the United States in May of 2013. Standard features will include leather seats, Bluetooth, a navigation system , Kia UVO, alloy wheels, and other luxury car features. 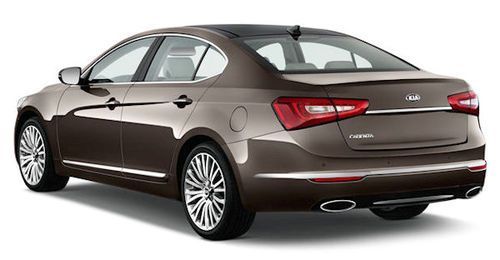