The Jowett Javelin is an award-winning British car that was produced from 1947 to 1953 by Jowett Cars Ltd of Idle, near Bradford. The model went through five variants labelled PA to PE, each having a standard and "de luxe" option. The car was designed by Gerald Palmer during World War II and was intended to be a major leap forward following the relatively staid designs of pre-war Jowetts. Just over 23,000 units were produced.

The flat four overhead valve engine of 1486 cc with a compression ratio of 7.2:1 was water-cooled and had an aluminium block and wet cylinder liners. It developed 50 bhp (37 kW) at 4100 rpm (52.5 bhp in the case of the PE) giving the car a maximum speed of 77 mph (124 km/h) and a 0-50 mph (80 km/h) time of 13.4 seconds. Two Zenith carburettors were fitted and PA and PB versions had hydraulic tappets. The radiator was behind the engine. A four-speed gearbox with column change was used. Early cars had gearboxes made by the Henry Meadows company, whilst the remainder of the cars had gearboxes made by Jowett themselves. The decision to make the gearboxes in house proved to be a costly mistake for Jowett. 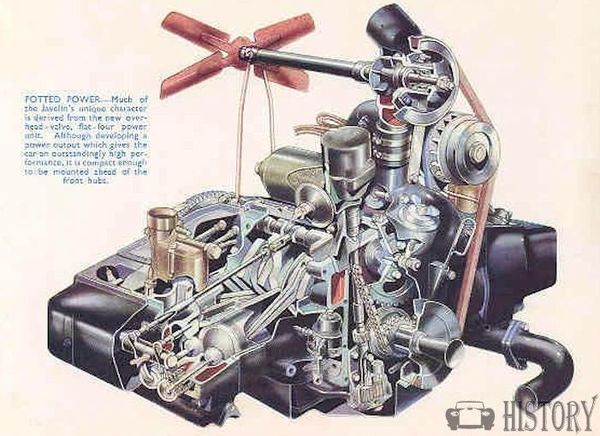 Design features included aerodynamic styling with the headlights faired into the wings and, for the time, a steeply sloped, curved windscreen. The body was of pressed steel, incorporating a box-section chassis and was made for Jowett by Briggs Motor Bodies in their Doncaster factory. The suspension used torsion-bars on all wheels (independent at the front) and internal gear-and-pinion steering. PA and PB models had mixed Girling hydraulic brakes at the front and mechanical braking at the rear. Later versions were fully hydraulic. 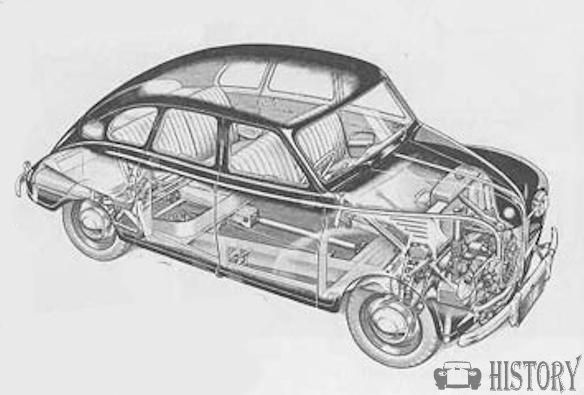 An early example won in its class at the 1949 Monte Carlo Rally whilst another won the 2-litre touring-car class at the Spa 24-hour race that same year. In the 1952 International RAC Rally a Javelin again won its class and also took the "Best Closed Car" award, while the 1953 International Tulip Rally was won outright by a privately entered Javelin. 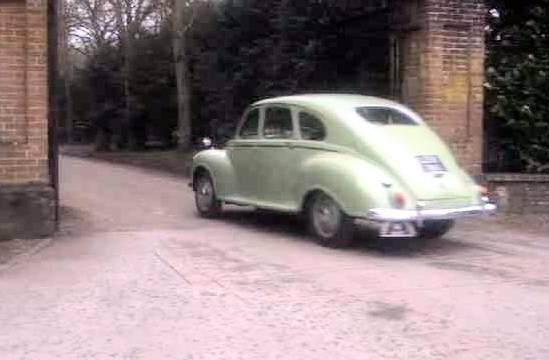 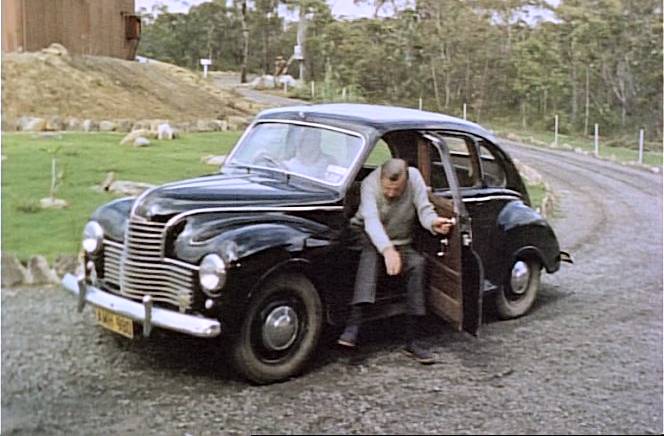