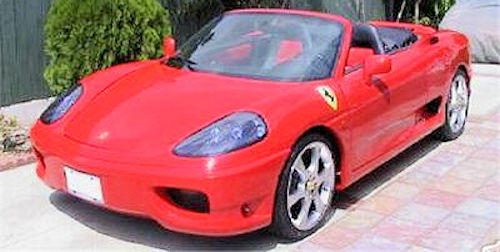 Xotic Replicas was an Irish manufacturer of automobiles in the 2000s.

The company was founded in 2006 in Rathangan , County Kildare . The production of automobiles and kits began. The brand name was Xotic Replicas .2008, the production ended. In total, about 43 copies were made.

The first model was the XR 355 . The vehicle resembled the Ferrari F 355 and was based on the Toyota MR 2 . This resulted in about 15 vehicles.

Also in 2007, the XR Diablo was released . This was the replica of the Lamborghini Diablo . The basis was again the Toyota MR 2.