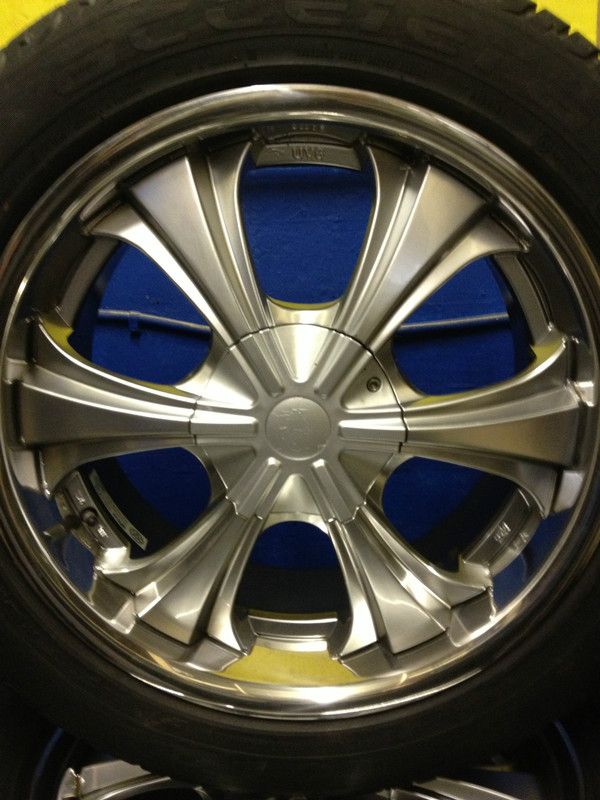 Alloy wheels are automobile (car, motorcycle and truck) wheels which are made from an alloy of aluminum or magnesium. They are typically lighter for the same strength and provide better heat conduction and improved cosmetic appearance over steel wheels. The earliest light alloy wheels were made of magnesium alloys. Although they lost favor for common vehicles they remained popular through the 1960s albeit in very limited numbers. In the mid to late 1960s aluminum casting refinement finally started to allow manufacture of wheels that were safe. Until this time most aluminum wheels suffered from low ductility, usually ranging from 2-3% elongation. This meant these earlier aluminum alloy wheels were quite brittle, and as light alloy wheels at the time that were often made of magnesium and referred to as "mags" these early wheel failures were later attributed to magnesium's low ductility, when in many instances these wheels were poorly cast aluminum alloy wheels. Once these aluminum casting improvements were more widely adopted, the aluminum wheel took its place as low cost high performance wheels for motorsports.

Lighter wheels can improve handling by reducing unsprung mass, allowing suspension to follow the terrain more closely and thus improve grip, however not all alloy wheels are lighter than their steel equivalents. Reduction in overall vehicle mass can also help to reduce fuel consumption.

Better heat conduction can help dissipate heat from the brakes, which improves braking performance in more demanding driving conditions and reduces the chance of brake failure due to overheating.

Alloy wheels are also purchased for cosmetic purposes although the alloys used are not corrosion-resistant. Alloys allow the use of attractive bare-metal finishes, but these require to be sealed with paint or wheel covers. Even if so protected the wheels in use will eventually start to corrode after 3 to 5 years but refurbishment is now widely available at a cost. The manufacturing processes also allow intricate, bold designs. In contrast, steel wheels are usually pressed from sheet metal, and then welded together (often leaving unsightly bumps) and must be painted to avoid corrosion and/or hidden with wheel covers / hub caps.

Alloy wheels are prone to galvanic corrosion, which can cause the tires to leak air if appropriate preventive measures are not taken. Also, alloy wheels are more difficult to repair than steel wheels when bent, but their higher price usually makes repairs cheaper than replacement.

Alloy wheels are more expensive to produce than standard steel wheels, and thus are often not included as standard equipment, instead being marketed as optional add-ons or as part of a more expensive trim package. However, alloy wheels have become considerably more common since 2000now being offered on economy and subcompact cars, compared to a decade earlier where alloy wheels were often not factory options on inexpensive vehicles. Alloy wheels have long been included as standard equipment on higher-priced luxury or sports cars, with larger-sized or "exclusive" alloy wheels being options. The high cost of alloy wheels makes them attractive to thieves; to counter this, automakers and dealers often use locking wheel nuts which require a special key to remove.

Most alloy wheels are manufactured using casting, but some are forged. Forged wheels are usually lighter, stronger, but much more expensive than cast wheels

A sizeable selection of alloy wheels (sometimes called "mags"—see below) are available to automobile owners who want lighter, more visually appealing, rarer, and/or larger wheels on their cars. Although replacing standard steel wheel and tire combinations with lighter alloy wheels and potentially lower profile tyres can result in increased performance and handling, this doesn't necessarily hold when increasingly large wheels are employed. Research by Car and Driver conducted using a selection of differently sized alloy wheels from 16" to 19" all outfitted with the same make and model of tires showed that both 0-60 times and fuel economy were suffering with larger wheels. They also noted that ride comfort and noise were negatively affected by the larger wheels. The allure of larger wheels is that they signify luxury, sportiness, or wealth. These wheels have become a part of pop culture (as with "dubs").

Most aftermarket wheels are cast, while only a few above are forged, such as Donz, Vellano and Weld. Many companies have been formed over the years (some recently) due to the increasing demand from street racing enthusiasts and the rising demand for larger diameter wheels. MHT wheel markets a brand under the name DUB that offers a Spinner wheel, the center of the wheel continues spinning after the vehicle comes to a stop, and the Floater, the center of the wheel stays stationary during movement giving the look that the vehicle isn't moving.

American Racing, which owns Motegi Racing and Weld Racing among other brands such as TIS, TIS Modular, is the oldest aftermarket wheel company dating back to 1956. The oldest British company is Wolfrace which was the first company to offer a polished alloy wheel in Europe and to achieve TUV approval. Wolfrace also provided the wheels for thrust SSC and the UK's land speed record bid. A recent trend in the industry includes joint venture partnerships being formed between offshore manufacturers and local importers/distributors such as PDW Wheels which started in Australia in 2006, amongst a few others. Most wheel brands are ultimately sold through dealers such as RhinoTuning.

Some manufacturers also share patterns and castings, with an example (motorcycle) being the licencing of Marchesini 5-spoke design to Brembo, for the production of alloy (non-magnesium) wheels for Ducati road bikes.

However, pure magnesium wheels are no longer produced, being found only on classic cars. Magnesium suffered from many problems. It is very susceptible to pitting, cracking and corrosion, and starts to break down in just a few months. Magnesium wheels require constant maintenance to keep polished. Alloys of magnesium were later developed to help alleviate some of these problems.

Magnesium in bulk is hard to ignite but can be ignited by a burning tire or by prolonged scraping of the wheel on the road surface following a puncture. Once lit, it is very hard to extinguish, being able to burn under water or in carbon dioxide, which are common extinguishing materials.

The mass of a typical magnesium automotive wheel is about 5–9 kg (depending on size).

Forging can be done by a one or multi-step process forging from various magnesium alloys, most commonly AZ80, ZK60 (MA14 in Russia). Wheels produced by this method are usually of higher toughness and ductility than aluminum wheels, although the costs are much higher.

This process uses a die arranged in a large machine that has high closing force to clamp the die closed. The molten magnesium is poured into a filler tube called a shot sleeve. A piston pushes the metal into the die with high speed and pressure, the magnesium solidifies and the die is opened and the wheel is released. Wheels produced by this method can offer reductions in price and improvements in corrosion resistance but they are less ductile and of lower strength due to the nature of HPDC.

This process usually employs a steel die, it is arranged above the crucible filled with molten magnesium. Most commonly the crucible is sealed against the die and pressurized air/cover gas mix is used to force the molten metal up a straw like filler tube into the die. When processed using best practice methods LPDC wheels can offer improvements in ductility over HPDC magnesium wheels and any cast aluminum wheels, they remain less ductile than forged magnesium.

Gravity cast magnesium wheels have been in production since the early 1920s. This method offers wheels with good ductility, and relative properties above what can be made with aluminum casting. Tooling costs for gravity cast wheels are among the cheapest of any process. This has allowed small batch production, flexibility in design