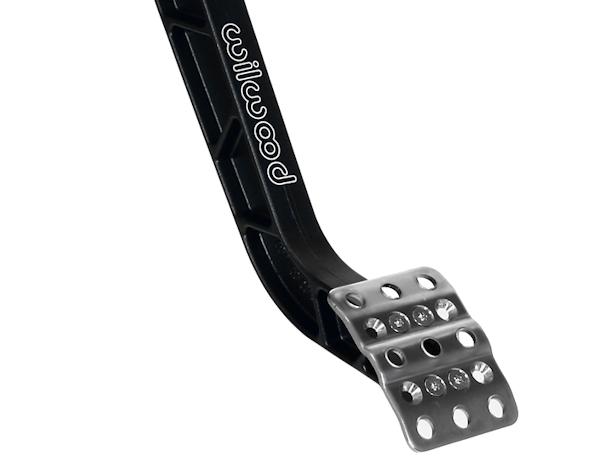 Vehicle braking system fade, or brake fade, is the reduction in stopping power that can occur after repeated or sustained application of the brakes, especially in high load or high speed conditions. Brake fade can be a factor in any vehicle that utilizes a friction braking system including automobiles, trucks, motorcycles, airplanes, and even bicycles.

Brake fade is caused by a buildup of heat in the braking surfaces and the subsequent changes and reactions in the brake system components and can be experienced with both drum brakes and disc brakes. Loss of stopping power, or fade, can be caused by friction fade, mechanical fade, or fluid fade. Brake fade can be significantly reduced by appropriate equipment and materials design and selection, as well as good cooling.

Brake fade occurs most often during high performance driving or when going down a long, steep hill. Owing to their configuration fade is more prevalent in drum brakes. Disc brakes are much more resistant to brake fade because the heat can be vented away from the rotor and pads more easily, and have come to be a standard feature in front brakes for most vehicles.

The reduction of friction termed brake fade is caused when the temperature reaches the "kneepoint" on the temperature-friction curve. [All brake lining is cured under mechanical pressure following a heating & cooling curve backstroke, heating the friction material up to 450°F to "cure" (cross-link) the phenolic resin thermoset polymers: There is no melting of the binding resins, because phenolic resins are thermoset, not thermoplastic] In this form of fade, the brake pedal feels firm but there is reduced stopping ability. Fade can also be caused by the brake fluid boiling, with attendant release of compressible gases. In this type of fade, the brake pedal feels "spongy". This condition is worsened when there are contaminants in the fluid, such as water, which most types of brake fluids are prone to absorbing to varying degrees. For this reason brake fluid replacement is standard maintenance.

Various brake designs such as band brakes and many drum brakes are self-assisting: when the brake is applied, some of the braking force feeds back in to the brake mechanism to further self-apply the brake. This is called "positive feedback" or "self-servo". Self-assist reduces the input force needed to apply the brake, but exaggerates fade, since a reduction in pad friction also reduces pad force. In contrast, for a brake without self-assist, such as a conventional disc brake, a loss of pad friction does not change the pad force, so the loss of braking is proportional to just the loss of pad friction.

The self-assist mechanism affects the water pump and the amount of fade. For example, the Ausco Lambert and Murphy brakes have self-assist roughly proportional to pad friction, so total braking is reduced as roughly the square of the loss in friction.

Brake fade failures can cascade. For example, a typical 5-axle truck/trailer combination has 10 brakes. If one brake fades, brake load is transferred to the remaining 9 brakes, causing them to work harder, get hotter, and thus fade more. Where fade is non-uniform, fade may cause a vehicle to swerve. Because of this, heavy vehicles often use disproportionately weak brakes on steered wheels, which hurts the stopping distance and causes brakes on non-steered wheels to work harder, worsening fade. An advantage of low-fade brakes such as disc brakes is steered wheels can do more braking without causing brake steer.

Brake fade typically occurs during heavy or sustained braking. Many high-speed vehicles use disc brakes, and many European heavy vehicles use disc brakes.Many U.S. and third-world heavy vehicles use drum brakes due to their lower purchase price. On heavy vehicles, air drag is often small compared to the weight, so the brakes dissipate proportionally more energy than on a typical car or motorcycle. Thus, heavy vehicles often need to use engine compression braking, and slow down so braking energy is dissipated over a longer interval. Recent studies have been performed in the United States to test the stopping distances of both drum brakes and disc brakes using a North American Standard called FMVSS-121. The results showed that when newer compounding of friction materials typically used in disc brakes is applied to drum brakes that there is virtually no difference in stopping distance or brake fade. As the United States changed its FMVSS-121 rules for Class Eight trucks built in 2012 to reduce stopping distances by about 1/3rd there was no recommendation to use either drum or disc brakes in the current law.

Newer drum technologies and turbine cooling devices inside of these drums has also eliminated any edge disc brakes may have had in heavy duty applications. By installing brake turbines inside of a specially configured drum, temperatures are many times cut in half and brake fade is nearly eliminated.

Brake failure is also caused by brake drum thermal expansion in which brake shoe clearance becomes excessive from wear. This was largely remedied in the 1950s by self-adjusting brakes. Maladjustment with wear is still a factor in trucks with drum air brakes. A Canadian survey of randomly-stopped heavy trucks found over 10% of trucks using self-adjusting brakes had at least one brake out of adjustment, due either to failure of the self-adjust mechanism or wear beyond the capacity of the self adjuster. Newer brake pistons ("cans") extend stroke from about 65 mm to about 75 mm; since about 30 mm of stroke is used just putting the pads in contact with the drum, the added 10 mm of stroke is over 25% increase in useful stroke. Longer stroke reduces especially wear-related fade, but drum brakes are still fundamentally prone to fade when hot.

After cooling, faded brakes usually perform as well as before, with no visible change to the brake shoes and/or pads. However if the brakes have been excessively hot for a prolonged period of time, glazing can occur on both of the friction linings of the shoes and pads. When this happens, the contacting surfaces of the linings will have a smooth, shiny appearance, and will not perform as efficiently to slow the vehicle under braking. This glazing can be easily removed by either gently using emery paper on them, or by driving the vehicle carefully whilst implementing light use of the brakes for several miles.

An incorrect explanation sometimes given for brake fade is heated brake shoes evaporate to generate gas that separate them from the drum. Such effects are easy to imagine, but physically impossible, due to the large volume of gas that would be required for such an effect. A gas bearing would need gas replenishment as fast as the disc or drum moves, since it has no gas on its surface as it approaches the pad or shoe. Also, disc brakes use much the same materials and operate well with little fade, even when the discs are glowing hot.'(color vs. temperature)' If brake materials outgassed at drum temperatures, they would also outgas at disc temperatures and would fade substantially. Since discs have little fade, they also demonstrate outgassing is not a source of fade. Some disc brakes are drilled or slotted, but smooth discs show no more fade.

Long dual-tire skid marks on highways, made by trucks with drum brakes, are visible examples of non-linearity between brake response and pedal pressure. Large trucks still use drum brakes because they are economical and fit easily where an equivalent disc brake does not. More recently disc brakes for trucks have been promoted listing features such as no fade, possible because they have no self-assist (self-servo).