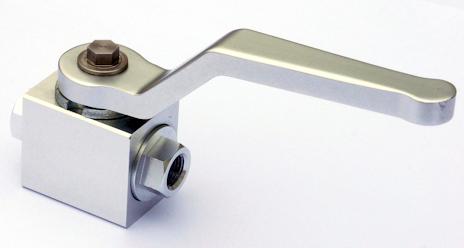 A line lock is a device that allows the front brakes to lock independently of the rear brakes via a switch.The device is an electric solenoid that controls a valve which is placed on the front brake line, and is controlled by a switchSimpler systems consist of a manually operated valve which directly opens and closes the brake line, usually with a lever or tap inside the cabin of the vehicle. Normally, the valve is open and allows fluid to pass through to the front brakes.However, when the brakes are applied and the solenoid is activated, the valve closes to trap the brake fluid, keeping the front brakes applied until the switch is released.

Drag racing is a motorsport often run using cars with manual transmissions. Manual transmissions allow drivers to control the amount of power transferred from the engine to the wheels by manipulating both clutch and throttle inputs, allowing vehicles to accelerate quickly without losing traction. However, launching a vehicle requires simultaneous gas pedal and clutch pedal inputs, preventing drivers from manipulating the brakes with their feet. Without brake input, drivers staging their vehicle at the starting line would roll if the clutch was slightly engaged. If the driver's vehicle rolled across the staging line before the start of a drag race, driver would "red light" and lose that raceThe line lock prevents vehicles from rolling by allowing the driver to control the clutch and accelerator using foot input and braking with the hand. In an automatic transmission vehicle, a line lock allows the engine to rev up to its peak power RPM and launch aggressively from the starting line. 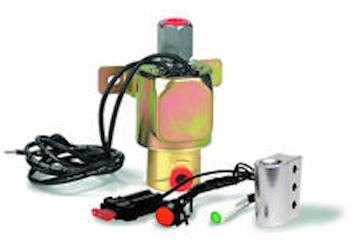 Line locks are often used for burnouts by fully locking the front wheels and then engaging the gas pedal and disengaging the clutch pedal, this makes the rear tires spin but keeps the car stationary.

Although less common, rolling burnouts can be achieved with modified line locks by proportionally increasing the front brake pressure and the throttle to keep the car at a steady speed. This makes the rear tires slip and spin faster than the front tires and burnout.

Line locks are sometimes used to stop the car rolling off start lines so the driver can keep their feet on the accelerator and clutch pedals.

Additionally, line locks can be installed on the rear brake lines. When the line lock is activated, fluid pressure is prevented from being transferred to the rear, allowing the rear wheels to spin freely while the front brakes can be controlled with the brake pedal. This allows one to creep at varying speeds while maintaining a burnout. Achieving such a burnout requires manipulation of both throttle and brake inputs. The burnout is initiated by manipulating the clutch with the left foot and both the brake and gas pedal with the right foot. The brakes must be held while revving up the engine, then the clutch is released while continuing to hold the brakes. Once the rear tires start spinning, the left foot is used to control the brakes while the right foot continues to control the throttle. The only main advantage for such a setup would be the ability to maintain a burnout at low speeds, and to reduce the wear on the rear brakes while doing a burnout. Such an application would only be practical for show purposes such as drifting exhibitions, or just for fun. 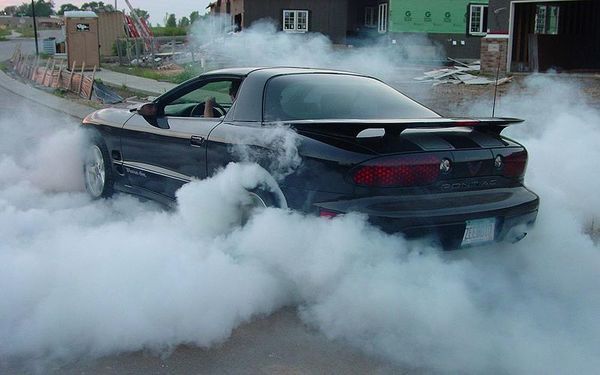