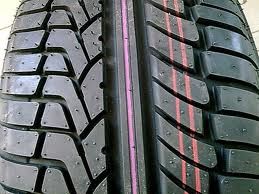 The tread of a tire or track refers to the patterns on its rubber circumference that makes contact with the road. As tires are used, the tread is worn off, limiting its effectiveness in providing traction. A worn tire tread can often be retreaded.

The grooves in the rubber are designed to allow water to be expelled from beneath the tire and prevent hydroplaning. The proportion of rubber to air space on the road surface directly affects its traction. Design of tire tread has an effect upon noise generated, especially at freeway speeds. Generally there is a tradeoff of tread friction capability; deeper patterns often enhance safety, but simpler designs are less costly to produce and actually may afford some roadway noise mitigation. Tires intended for dry weather use will be designed with minimal pattern to increase the contact patch.

Tires without any tread are known as slicks and are generally used for racing only, since they are quite dangerous if the road surface is wet.

Off-road tires used in mud or dirt feature individual knob patterns to allow the tire to bite into the surface and lever the sides of the tread to get a better grip. Given the smaller contact patch, these tires tend to wear quickly when used on asphalt. 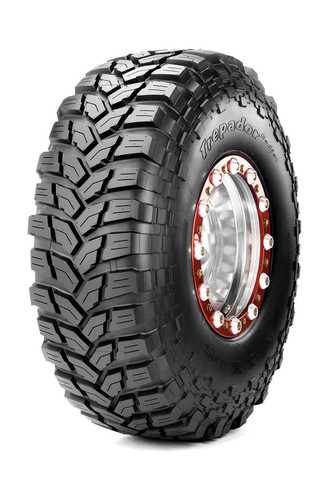