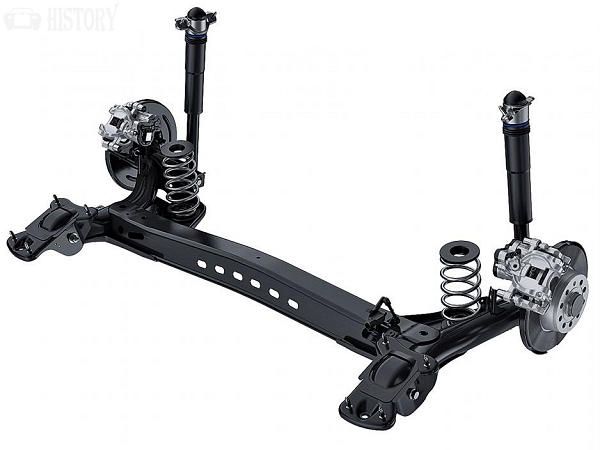 In contrast to a torsion bar suspension, the main weight bearing springs are usually coil springs, either mounted over the shock absorbers or independently from them.

Obviating anti-roll bars, the central torsion beam allows for a limited degree of freedom of each wheel when forced.

The advantages of this type of design lie in the good lateral stability it offers when cornering and in its extremely space-saving design, which permits good use of space in the rear of car.

This semi-independent suspension has been used for decades by the great majority of compact European and Japanese front wheel drive cars up to Golf-size.

It is cheap to design and manufacture, compact with little boot space intrusion, and although ride and handling are theoretically inferior to more sophisticated designs, it has been used even in the sportier Volkswagen Golf GTI.