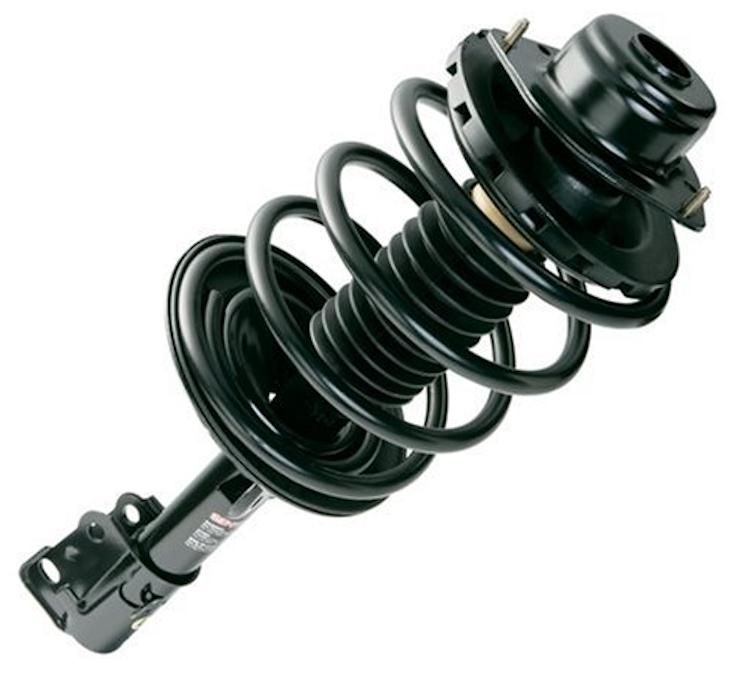 As components of an automobile chassis, they can be passive braces to reinforce the chassis and/or body, or active components of the suspension. An automotive suspension strut combines the primary function of a shock absorber (as a damper), with the ability to support sideways loads not along its axis of compression, somewhat similar to a sliding pillar suspension, thus eliminating the need for an upper suspension arm. This means that a strut must have a more rugged design, with mounting points near its middle for attachment of such loads.

The most common form of strut in an automobile is the MacPherson strut. MacPherson struts are often purchased by the automakers in sets of four completed sub-assemblies: These can be mounted on the car bodies as part of the manufacturers' own assembly operations. The MacPherson strut combines a shock absorber and a spring in a single unit, by means of which each wheel is attached to the car body.

Transportation-related struts are used in "load bearing" applications ranging from both highway and off-road suspensions to automobile hood and hatch window supports to aircraft wing supports. In vehicle suspension systems, struts are most commonly an assembly of coil-over spring and shock absorber. Other variants to using a coil-over spring as the compressible load bearer include support via pressurized nitrogen gas acting as the spring, and rigid (hard tail) support which provides neither longitudinal compression/extension nor damping. 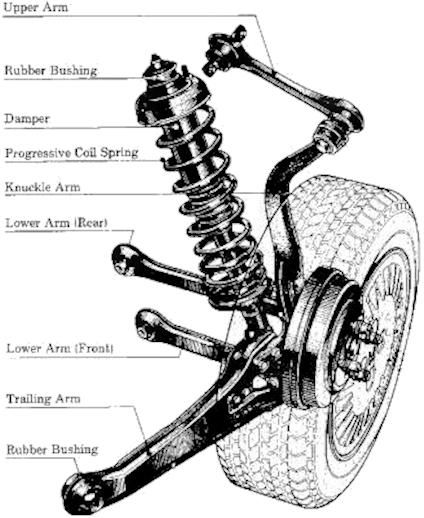