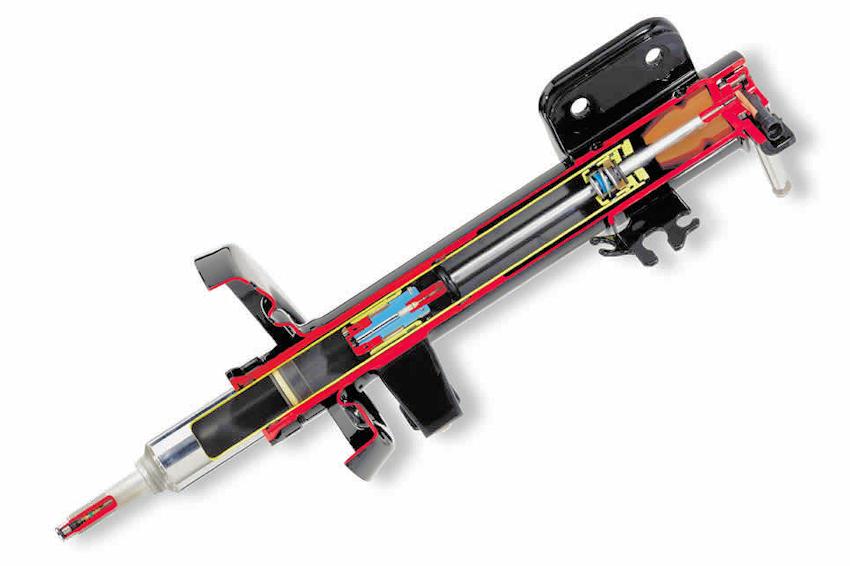 A magnetorheological damper, shock absorber is a damper filled with magnetorheological fluid, which is controlled by a magnetic field, usually using an electromagnet.This allows the damping characteristics of the shock absorber to be continuously controlled by varying the power of the electromagnet. This type of shock absorber has several applications, most notably in semi-active vehicle suspensions which may adapt to road conditions, as they are monitored through sensors in the vehicle, and in prosthetic limbs.

MillenWorks has also included them in several military vehicles including the MillenWorks Light Utility Vehicle, and in retrofits to the US Army Stryker and HMMWV for testing by TARDEC.2012 Us Engine Production Inc 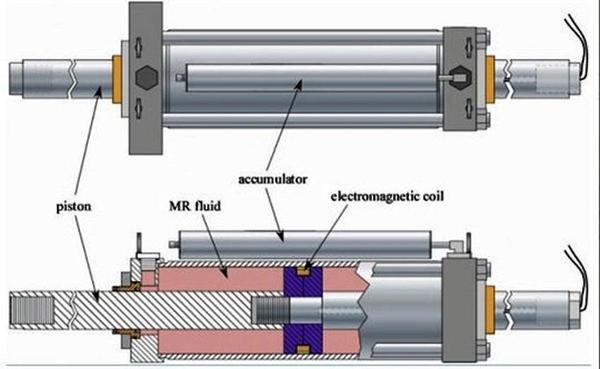 A magnetorheological damper is controlled by algorithms specifically designed for the purpose. There are plenty of alternatives, such as skyhook or groundhook algorithms. The idea of the algorithms is to control the viscosity of the magnetorheological fluid with electric current. When the fluid is brought into a magnetic field, the metal particles of the fluid are aligned according to the field lines. This makes the fluid stiff. When this occurs at the right instant, the properties of the damper change, which helps in attenuating an undesired shock or vibration. The relative efficacy of magnetorheological dampers to active and passive control strategies is usually comparable. 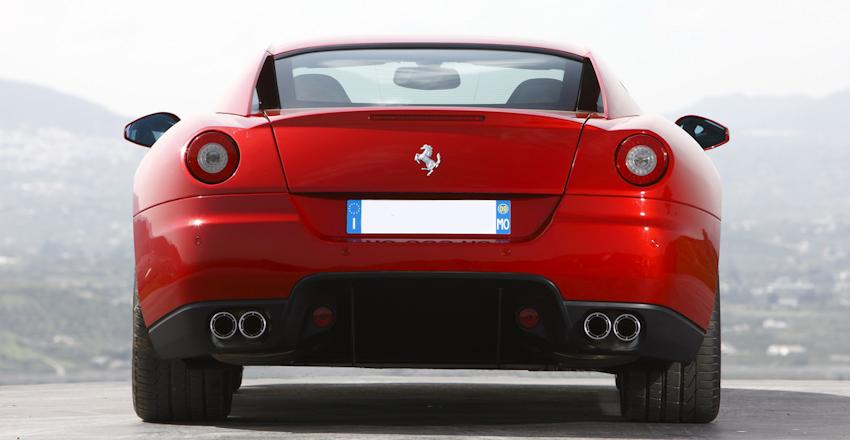