In automotive suspension, an automobile's control arm or wishbone (aka. A-arm or A-frame) is a nearly flat and roughly triangular suspension member (or sub-frame), that pivots in two places. The base of the triangle attaches at the frame and pivots on a bushing. The narrow end attaches to the steering knuckle and pivots on a ball joint.

Two such devices per wheel make up a double wishbone suspension, while one control arm per wheel makes up a part, usually the lower part, of a MacPherson strut suspension or of various other configurations 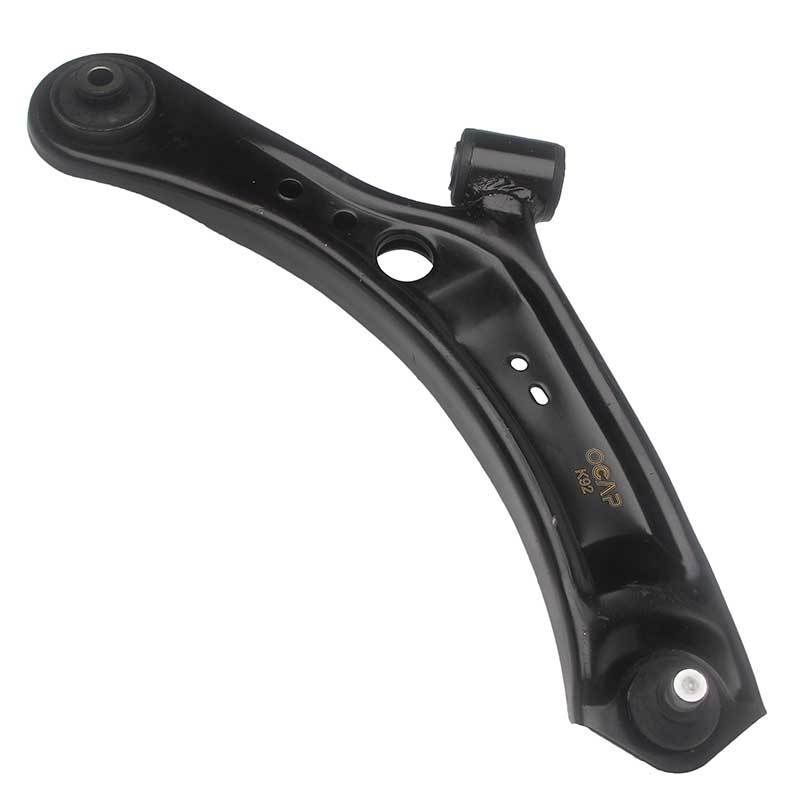