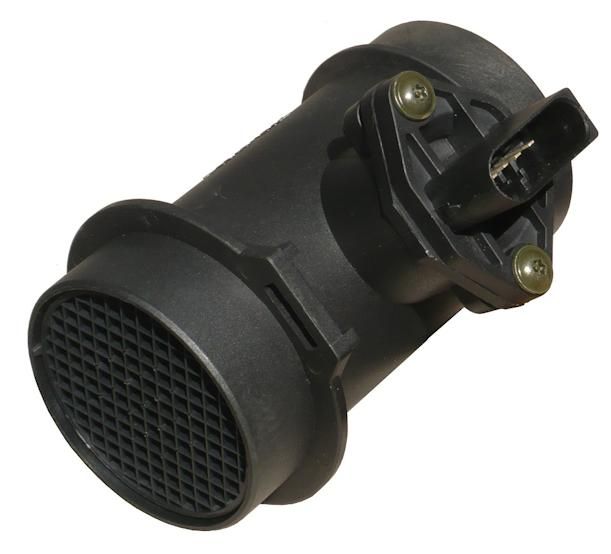 An air flow meter is used in some automobiles to measure the quantity of air going into the internal combustion engine. All modern electronically controlled diesel engines use air flow meter, as it is the only possible means of determining the air intake for them. In the case of a petrol engine, the electronic control unit (ECU) then calculates how much fuel is needed to inject into the cylinder ports. In the diesel engine, the ECU meters the fuel through the injectors into the engines cylinders during the compression stroke.

The flap type meter includes a spring which returns the internal flap to the initial position. Sometimes if the spring is tensioned too tight, it can cause restrict the incoming air and it would cause the intake air speed to increase when not opened fully.

Air flow meters may fail or wear out. When this happens, engine performance will often decrease significantly, engine emissions will be greatly increased, and usually the Malfunction Indicator Lamp (MIL) will illuminate. In most countries in Europe, and in places in the United States where emissions inspections are obligatory, a lit MIL is cause for a vehicle to fail the inspection. Some engines do not idle with an air flow meter failure. 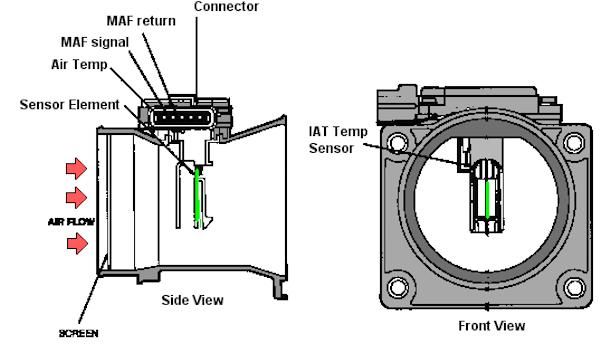