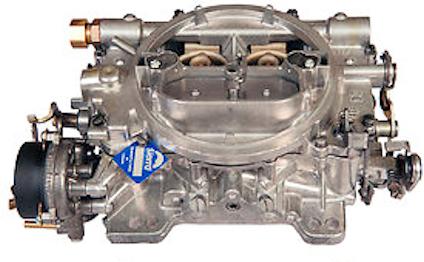 Edoardo Weber (1889–1945) began his automotive career working for Fiat, first at their Turin plant (in 1914) and later at a dealership in Bologna. After the war, with gasoline prices high, he reached a certain success in selling conversion kits for running trucks on kerosene instead. The company was established as Fabbrica Italiana Carburatori Weber in 1923 when Weber produced carburetors as part of a conversion kit for Fiats. Weber pioneered the use of two-stage twin barrel carburetors, with two venturis of different sizes, the smaller one for low speed running and the larger one optimised for high speed use.

In the 1930s Weber began producing twin-barrel carburetors for motor racing where two barrels of the same size were used. These were arranged so that each cylinder of the engine has its own carburetor barrel. These carburetors found use in Maserati and Alfa Romeo racing cars. Twin updraught Webers fed superchargers on the 1938 Alfa Romeo 8C competition vehicles.

In 1986, Fiat also took control of Weber's competitor Solex, and merged the two into a single company (Raggruppamento Controllo Motore, or the "Engine Management Group"). This was then reorganized as Magneti Marelli Powertrain S.p.A. in 2001. Genuine Weber carburetors were produced in Bologna, Italy up until 1992, when production was transferred to Madrid, Spain, where they continue to be produced today.

Weber Carburetors are sold for both street and off-road use, with the twin choke sidedraught DCOE being the most common one. They are sold in what is referred to as a Weber Conversion kit. A Weber conversion kit is a complete package of Weber Carburetor, intake manifold or manifold adapter, throttle linkage, air filter and all of the necessary hardware needed to install the Weber on a vehicle.

In modern times, fuel injection has replaced carburetors in both production cars and most modern motor racing, although Weber carburetors are still used extensively in classic and historic racing. They are also supplied as high quality replacements for problematic OEM carburetors. Weber fuel system components are distributed by Magneti Marelli, Webcon UK Ltd, and, in North America, by several organizations, including Worldpac, marketing under the Redline name. Other suppliers include Overseas Distributing and Pierce Manifolds.

It is not easy to organize Webers into neat families for two reasons. In the first place, Weber did not set out to construct a tight little family of carbs. He was interested in building carbs that best matched the current need. As a result, there was never an overall scheme of things. Secondly, he named carbs in his native Italian. So if you are unfamiliar with words like doppio corpo or orizzontale, weber terminology can be confusing. To further muddle the issue, Weber typically created different model numbers whenever he could. He would give carbs unique names even though they differed only in jetting or some similarly indistinguishable feature. Thus, a DCN fitted to a Lamborghini was a DCNL. If fitted to a Ferrari, the same carb became a DCNF! Another twist is represented by the IDA carb. It may have either two or three throats, yet the same identification letter. While it would be helpful to have a neat chart of Weber terms, its simply impossible. Nevertheless, as chaotic as the terms are, there are some common threads in how Weber named his models.

A Weber carb is designated with a series of numbers, then letters, then sometimes, more numbers. The first set of numbers is called a prefix, the second set, a suffix. The letters in between seem to be the first letters of Italian words, but not always. The prefix always indicates the size of the throttle plate. For example, the 40 DCNF and 40 DCOE both have 40 mm throttle plates. The rule that the prefix refers to throttle bore diameter is only one of two sure-fire rules in Weber nomenclature. The other is the jet-numbering convention described later. The letters immediately following the prefix refer in Italian, to the general type of carb. Only a few terms are consistent: DC means doppio corpo, or double-throat; V means verticale and O means orizzontale (vertical and horizontal, respectively). The I in IDA seems to mean invertito, or inverted. Yet, there are no up-draft, or inverted Webers: the IDA is a downdraft. Other even less-consistent single-letter designations are: E - Die-Cast carb F - Ford (or Ferrari?) application V - carb with a power valve A - Water-operated automatic choke.

Any numbers following the letters are variations of the basic type: the 45 DCOE9 is a variation of the 45 DCOE. But, note that, to date, there are 10 known variations of the 45 DCOE9! SO Weber carb nomenclature is chaos. To return to the IDA, there may be three, as well as two throats, and there is no choke at all. Here is one last example of how the terminology collapses. The 40 DCO carb fitted to the early Alfa Giulietta Veloce follows the nomenclature exactly. It is a double-throat horizontal carb with 40 mm throttle bores. The 40 DCOE of later Alfa use, however, is neither die-cast nor equipped with an electric choke. In this case, the E indicates a trapezoid mounting bolt pattern instead of the rectangular one of the DCO.

When it comes to jet sizes, Weber is refreshingly consistent in numbering the replaceable jets. Air-correction jets, main jets and idle jets all have numbers expressing their actual flow rates in hundredths of a millimeter (0.01 mm). A 115 main flows the same amount as a perfect hole 1.15 mm in diameter.

If you are sizing emulsion tubes, however, there is absolutely no hope in the linking function and nomenclature. Numbers for emulsion tubes are assigned chronologically. You can be sure an F-45 emulsion tube was designed after the F-44, but that's about all. Some idle jets have F-numbers that indicate their ability to emulsify fuel. 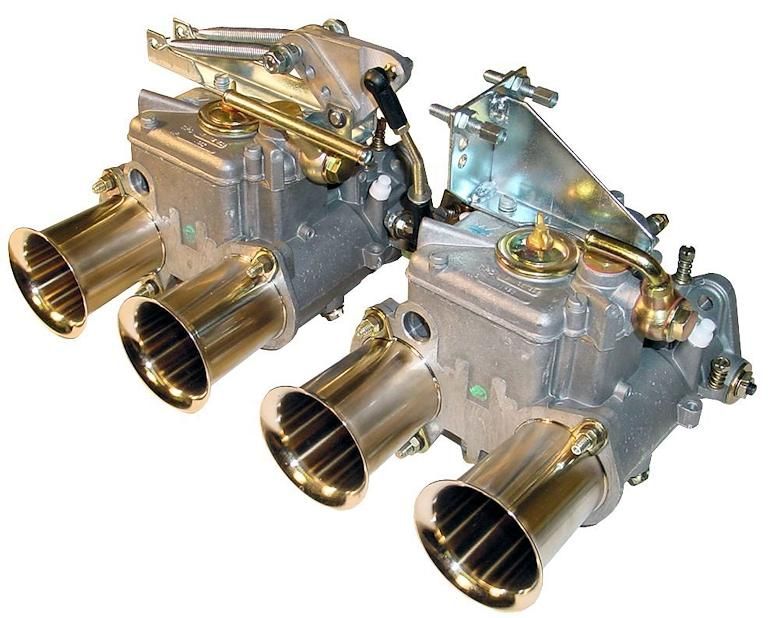