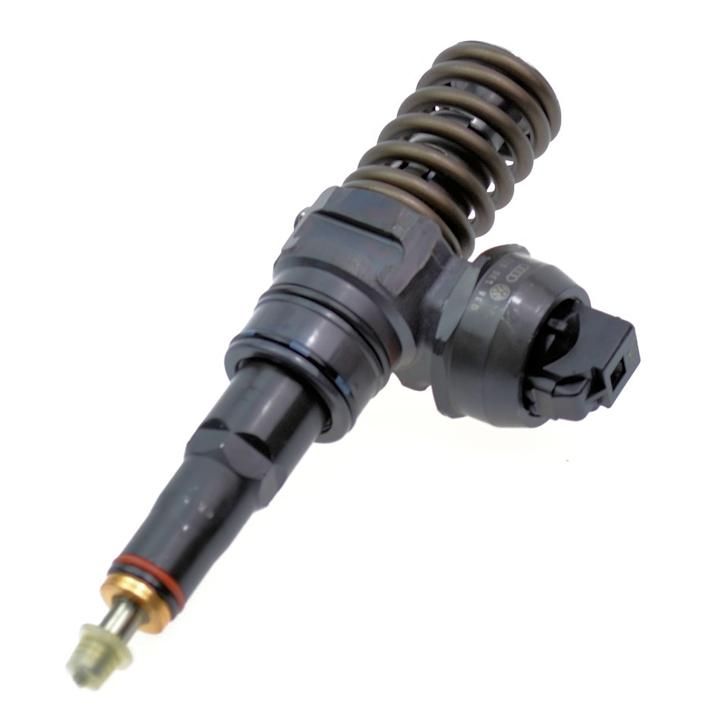 Unit Injector (UI) is an integrated direct fuel injection system for diesel engines, combining the injector nozzle and the injection pump in a single component. The plunger pump used is usually driven by a shared camshaft. In a Unit injector, the device is usually lubricated and cooled by the fuel itself.

In 1911 a patent was issued in Great Britain for a unit injector resembling those in use today to Frederick Lamplough.

Commercial usage of unit injectors in the U.S. began in early 1930s on Winton engines powering locomotives, boats, even US Navy submarines,and in 1934, Arthur Fielden was granted U.S. patent No.1,981,913on the unit injector designlater used for the General Motors two-stroke diesel engines. Most mid-sized diesel engines used a single pump and separate injectors, but some makers, such as Detroit Diesel and Electro-Motive Diesel became well known for favoring unit injectors, in which the high-pressure pump is contained within the injector itself. Also Cummins PT (pressure-time) is a form of Unit Injection where the fuel injectors are on a common rail fed by a low pressure pump and the injectors are actuated by a third lobe on the camshaft. The pressure determines how much fuel the injectors get and the time is determined by the cam.

In 1994, Robert Bosch GmbH supplied the first electronic Unit Injector for commercial vehicles, and other manufacturers soon followed. In 1995, Electro-Motive Diesel converted its 710 diesel engines to electronic fuel injection, using an EUI which replaces the UI.

Design of the Unit Injector eliminates the need for high pressure fuel pipes, and with that their associated failures, as well as allowing for much higher injection pressure to occur. The unit injector system allows accurate injection timing, and amount control as in the common rail system .

The Unit Injector is fitted into the engine cylinder head, where the fuel is supplied via integral ducts machined directly into the cylinder head. Each injector has its own pumping element, and in the case of electronic control, a fuel solenoid valve as well. The fuel system is divided into the low pressure (<500 kPa) fuel supply system, and the high pressure injection system (<2000 bar).

The basic operation can be described as a sequence of four separate phases: the filling phase, the spill phase, the injection phase, and the pressure reduction phase.

Fill phase
The constant stroke pump element on the way up draws fuel from the supply duct in to the chamber, and as long as electric solenoid valve remains de-energized fuel line is open.
Spill phase
The pump element is on the way down, and as long as solenoid valve remains de-energized the fuel line is open and fuel flows in through into the return duct.
Injection phase
The pump element is still on the way down, the solenoid is now energized and fuel line is now closed. The fuel can not pass back into return duct, and is now compressed by the plunger until pressure exceeds specific "opening" pressure, and the injector nozzle needle lifts, allowing fuel to be injected into the combustion chamber.
Pressure reduction phase
The plunger is still on its way down, the engine ECU de-energizes the solenoid when required quantity of fuel is delivered, the fuel valve opens, fuel can flow back into return duct, causing pressure drop, which in turn causes the injector nozzle needle to shut, hence no more fuel is injected.

The use of electronic control allows for special functions; such as temperature controlled injection timing, cylinder balancing (smooth idle), switching off individual cylinders under part load for further reduction in emissions and fuel consumption, and multi-pulse injection (more than one injection occurrence during one engine cycle).

The Volkswagen Group mainstream marques used unit injector systems (branded "Pumpe Düse", commonly appreviated to "PD") in their Suction Diesel Injection (SDI) and Turbocharged Direct Injection (TDI) diesel engines, however these engines have been replaced by common-rail designs, such as the new 1.6 TDI. 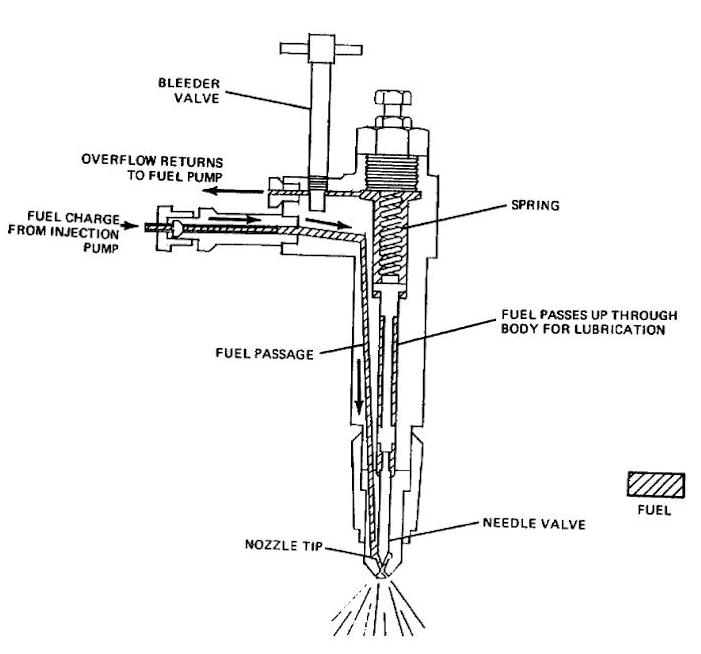