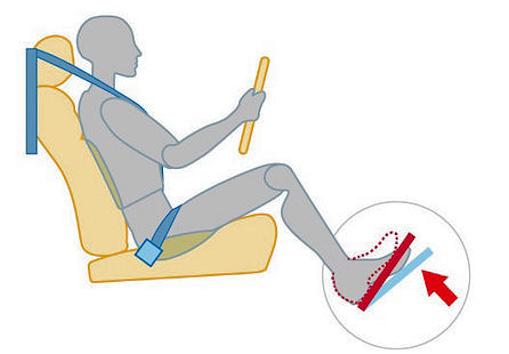 In general, gasoline/petrol engines used to exhibit better throttle response over diesel engines. This was given by their higher specific power output and higher maximum engine power, as well as that the lower-powered diesel engines carried disproportionally higher inertial mass (heavier crankshaft, steel reinforced pistons, as in Mercedes-Benz OM615. This changed recently with some modern diesel engines outperforming similar engine size petrol cars (V8 VW Audi, etc.) (Also the sound and 'feel' of such cars is much like that of petrol-engined cars.) Also, many naturally aspirated gasoline engines have better responsiveness than supercharged or turbocharged engines, for engines with similar peak power outputs. However, petrol engine is more likely to suffer from lackluster throttle response due to bad maintenance, fouled spark plugs, bad injectors, etc. Diesel engines are very unlikely to develop delays in throttle response, since their power comes from self-igniting fuel, plus older diesel engines have accelerator pedal directly connected to injection pump which results in instant response, which often makes driving of an older diesel engine car with manual transmission more enjoyable than similar performance petrol engine. Since second half of 1990s, much of the amount of injected fuel is controlled by the lambda probe (more properly named heated oxygen sensor, HO2S) which can delay the throttle response, as well as some other faulty sensors on an petrol engine.

Several tuning factors can have an effect on the responsiveness of an engine.

Throttle response in manual cars can be enhanced by dropping to a lower gear (e.g. 5th to 4th) before attempting to accelerate. This is often used in smaller cars to aid in overtaking.

Most new cars are equipped with a drive-by-wire system. Throttle response is often affected badly by this and drivers feel a noticeable delay when quickly changing the position of the gas pedal. This may be either caused by faulty components, which if a very frequent reason (sensors, ignition), it may be intentional by design (lazy engine developers, decreasing emissions by not allowing an old engine design to do anything harsh), or by emission controls engaging in the process. Before car emission became a general health hazard, carburettors used to have a "accelerating pump" in their designs, which made the fuel mix richer when the accelerator pedal was depressed suddenly. The resulting hydrocarbon emission from exhausts are one of the reasons of 'Los-Angeles type smog'. Due to the sheer number of cars being used, emission controls became mandantory and most petrol-engined cars operate on average in stoichiometric mix mode. Some engine manufacturers resigned to the fact and offer lackluster performance engines, which don't offer any excitement from driving. R&D of engines which conform to emission legislation, while still offering desirable throttle response is one of the many reasons why the number of engine manufacturers for personal cars drastically shrunk in the past 30 years.

Throttle response comes into play in the following situations:

After following a vehicle or going side by side, there is a need for sudden increase in power to execute a successful overtaking. The same is true if one is very closely following a car in front of him, which may slow down. Sudden release of the throttle will brake the car with the engine, thus preventing collision. A moment after this the driver behind may attempt overtaking if his reactions, throttle response and situation allow this. This is why throttle response plays a crucial role in racing. On a spark-ignition engine, a faulty sensor or ignition may significantly delay throttle response even if the engine power curve stays the same.

Coming out of a corner

While entering a corner, the requested power output is reduced since the vehicle is coasting or braking. After passing the corner, the driver will suddenly request more power to accelerate back to normal speeds. Fast throttle response allows a vehicle to regain its speed quickly after cornering. Drifting requires very precise and instant throttle response, on RWD car one wants to increase torque on the rear wheels at a precise moment in a corner to make it turn the car more in the direction of the road ahead past the corner, and make it stop at a precise moment or the car will spin out of control. No matter what the maximum engine power is, if the throttle response will be slow, the car is unsuitable for this maneuvre.

Throttle response plays a major role in driving pleasure, as this gives the driver more control over the vehicle's acceleration or deceleration.