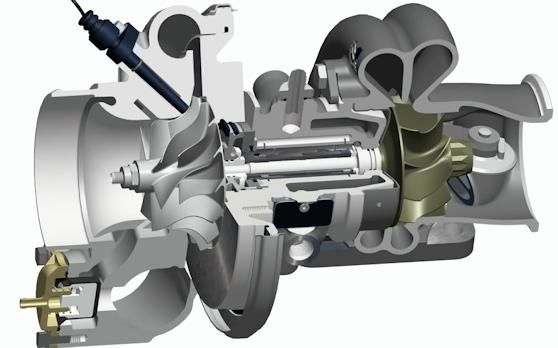 An anti-lag system (ALS) or misfiring system is a system used on turbocharged engines to minimize turbo lag on racing cars. It works by arranging for fuel and air to be in the exhaust duct after the engine, and before the turbocharger. This ignites in the hot ducting and the combustion process that occurs there keeps the turbocharger spinning when the engine is not delivering enough exhaust gas.

ALS was first used in the early days of turbocharged cars in Formula One racing circa mid to late 1980s, until fuel restrictions made its use unsuitable. Later it became a common feature in rally cars because of the increased turbo lag from the mandated restrictors at the intake manifold inlet. Due to the pressure drop across the restriction, the pressure ratio for a given boost level is much higher and the turbocharger must spin much faster to produce the same boost as when the engine operates without restriction. This increases turbo lag significantly compared to unrestricted turbochargers.

An ALS requires an air bypass, generally done in one of two ways. The first method is to use a throttle air bypass; this may be an external bypass valve or a solenoid valve which opens the throttle 12-20 degrees. This allows air to bypass the closed throttle and to reach the engine. The second method is to use a bypass valve which feeds charge air directly to the exhaust manifold.

The throttle bypass/throttle solenoid system is combined with ignition retardation and slight fuel enrichment (mainly to provide cooling), typically ignition occurs at 35-45° ATDC. This late ignition causes very little expansion of the gas in the cylinder; hence the pressure and temperature will still be very high when the exhaust valve opens. At the same time, the amount of torque delivered to the crankshaft will be very small (just enough to keep the engine running). The higher exhaust pressure and temperature combined with the increased mass flow is enough to keep the turbocharger spinning at high speed thus reducing lag. When the throttle is opened up again the ignition and fuel injection goes back to normal operation. Since many engine components are exposed to very high temperatures during ALS operation and also high pressure pulses, this kind of system is very hard on the engine and turbocharger. For the latter not only the high temperatures are a problem but also the uncontrolled turbo speeds which can quickly destroy the turbocharger. In most applications the ALS is automatically shut down when the coolant reaches a temperature of 110-115°C to prevent overheating.

An ALS system working with a bypass valve which feeds air directly to the exhaust system can be made more refined than the system described above. Some of the earliest systems of this type were used by Ferrari in F1. Another well-known application of this type of anti-lag system was in the WRC version of the 1995 Mitsubishi Lancer Evolution III and Toyota Celica GT-Four (ST205). Brass tubes fed air from the turbocharger's Compressor Bypass Valve (CBV) to each of the exhaust manifold tracts, in order to provide the necessary air for the combustion of the fuel. The system was controlled by two pressure valves, operated by the ECU. Besides the racing version, the hardware of the anti-lag system was also installed in the 2500 "Group A homologation base WRC method car" street legal Celica GT-Fours. However, in these cars the system was disabled and inactive. The tubes and valves were only present for homologation reasons. On the Mitsubishi Evolution later series (evo 4-9, JDM models only) the SAS (Secondary Air System) can be activated to provide Antilag. 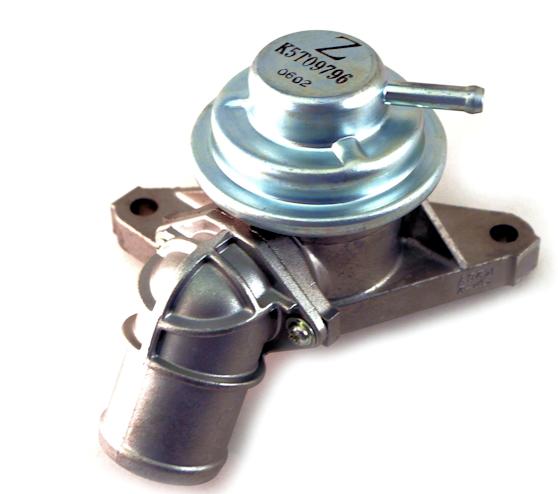 A method by which a large zero cracking pressure one-way check valve is inserted just prior to the throttle body, enabling air to bypass the turbo, intercooler, and piping during periods where there is negative air pressure at the throttle body inlet. This results in more air combusting, which means more air driving the turbine side of the turbo. As soon as positive pressure is reached in the intercooler hosing, the valve closes.

Sometimes referred to as the Dan Culkin valve.

When used in a MAF configuration, the D-valve should draw air through the MAF to maintain proper A/F ratios. This is not necessary in a speed-density configuration.

A method of anti-lag developed along the same technique previously mentioned, but designed only to allow reduction of turbo lag when a car is initially pulling away from a standing start. These systems can be integrated into the engine management or existing anti-lag system, or can be fitted as a standalone unit. The basic method of operation is to artificially lower the engine rev limiter to hold the engine at a speed where the turbo can produce usable boost, by altering the ignition. Because the ignition is alternately cut or retarded, there is similar noise and misfires associated with other anti-lag systems. Systems for two-step launch designed to be fitted in addition to the existing engine management work by interrupting the crank position sensor signal, so that the engine develops a controlled misfire at a pre-determined RPM. The basic premise of the launch control system is to build positive boost pressure from a static engine, releasing full or increased power to the wheels when the car starts to move off. It is most commonly used in turbo-charged drag racing, primarily in the US, Australia, Puerto Rico and Japan, although most WRC cars utilise launch control to ensure that the cars can get off the line much more quickly.

Today's WRC cars also use anti-lag systems which feed air directly to the exhaust system. The reason is that these systems are more refined, more effective with advanced computer control, and also quieter. Today this kind of system has reached such a refinement that it's even possible to use the system in a road car.

A recent example is the Prodrive P2 prototype. The system works by bypassing charge air directly to the exhaust manifold which acts as a combustor when fuel rich exhaust from the engine meets up with the fresh air from the bypass. This will provide a continuous combustion limited to the exhaust manifold which significantly reduces the heat and pressure loads on the engine and turbocharger. With the latest anti-lag systems the bypass valve can not only be opened or closed but it can actually control the flow of air to the exhaust manifold very accurately. The turbocharger is fitted with a turbo speed sensor and the engine management system has a map based on throttle position and car speed which is used to find a suitable turbocharger speed and boost pressure for every condition. When the engine alone can’t provide enough exhaust energy to reach the turbo speed/boost demanded by the management system, the bypass valve opens and exhaust manifold combustion begins. This not only reduces turbo lag, but it also allows boost to be produced at very low engine speeds where boost was previously limited by compressor surge or exhaust energy. With relatively high boost at low speeds, this makes the low end torque superior even to large naturally aspirated engines. The system is quite loud and is banned on some rallies because of the noise it produces.