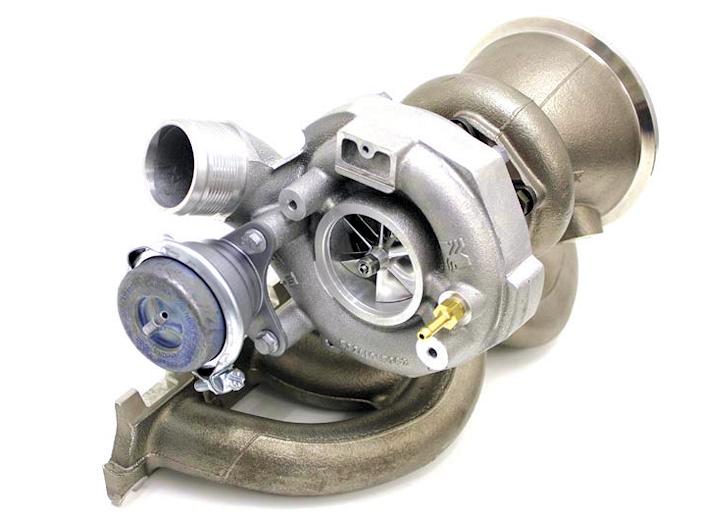 The designers claim that hybrid turbocharger technology (HTT) virtually eliminates turbo lag and enables engine downsizing without compromising engine performance. This means that a HTT equipped engine can save up to 30% on CO2 emissions and fuel economy compared to an equivalent naturally aspirated engine.

HTT has currently been developed and tested to proof of concept stage by UK based company, Aeristech Ltd who also hold the patents for the design.

The HTT motor will accelerate from 40,000 to 120,000 rpm in less than 450 ms. The HTT motor control therefore requires a fast acting CPU to match the magnetic field of the stator to the changing position of the rotor. 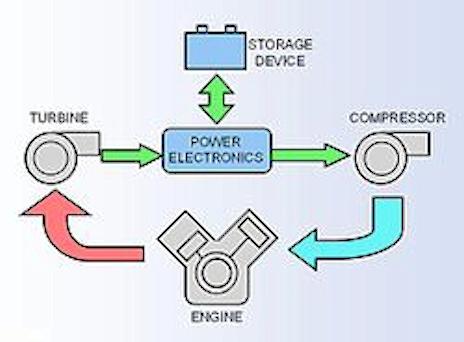 When the driver depresses the throttle, the HTT initially acts like an electric supercharger. The compressor motor is powered from the energy storage medium allowing it to accelerate to full operating speed in <500 ms. This rate of acceleration eliminates the turbo lag which is a major limiting factor on the performance of standard turbocharged engines.

During this transient stage, the engine control unit (ECU) on a standard turbocharged engine uses a combination of sensors such as lambda sensors and air mass flow sensors to regulate the fuel flow rate. In an HTT equipped engine the ECU can deliver the precise fuel flow rate for complete combustion more accurately. This is achieved by directly controlling the air flow rate and boost pressure via control of the compressor speed.

At high engine speeds there is more energy generated by the turbine than is required by the compressor. Under these conditions, the excess energy can be used to recharge the energy storage for the next acceleration phase or used to power some of the auxiliary loads such as an electric air conditioning system.

When combined with a variable geometry turbine, the back pressure on the engine can be varied according to the electrical demands of the vehicle and charge state of the energy storage medium.

Development is underway for replacing battery energy storage with a super capacitor which can be charged and discharged very quickly.

For the majority of the time the hybrid turbocharger is operating, the compressor and turbine power (not necessarily speed) will be matched. This gives an extra degree of freedom to the designer of a turbocharger impeller.

Aeristech claim many other benefits to running a hybrid turbocharged engine:

Other types of electric turbochargers and electric superchargers are under development with varying degrees of success: