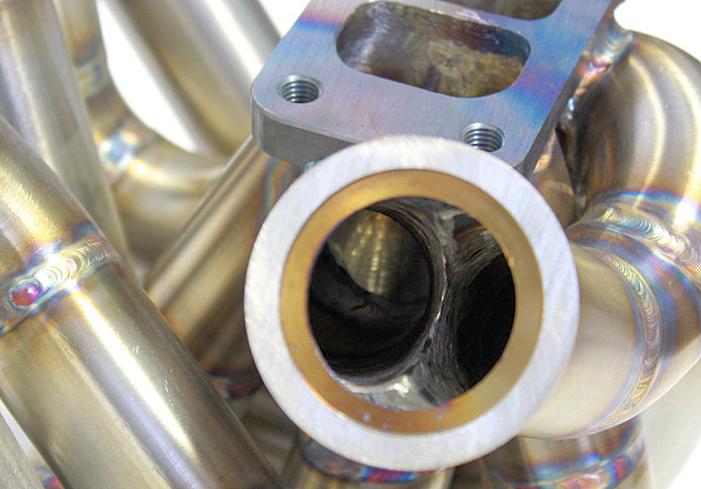 A wastegate is a valve that diverts exhaust gases away from the turbine wheel in a turbocharged engine system. Diversion of exhaust gases regulates the turbine speed, which in turn regulates the rotating speed of the compressor. The primary function of the wastegate is to regulate the maximum boost pressure in turbocharger systems, to protect the engine and the turbocharger. One advantage of installing a remote mount wastegate to a free-float (or non-WG) turbo includes allowance for a smaller A/R turbine housing, resulting in less lag time before the turbo begins to spool and create boost.

External wastegates generally use a valve similar to the poppet valve found in the cylinder head. However they are controlled by pneumatics rather than a camshaft and open in the opposite direction. External wastegates can also use a butterfly valve, though that is far more rare.

A "divorced" wastegate dumps the gases directly into the atmosphere, instead of returning them with the rest of an engine's exhaust. This is done to prevent turbulence to the exhaust flow and reduce total back pressure in the exhaust system. A Divorced wastegate dumper pipe is commonly referred to as a Screamer Pipe due to the unmuffled waste exhaust gases and the associated loud noises they produce.

There is confusion in the automotive world about so called "wastegate chatter" or "turbo flutter". A noise created on lifting off the throttle in a turbocharged car, commonly described as a chipmunk or a rattlesnake, is often stated incorrectly as being a result of the turbo's wastegate closing.

The noise is in fact the air compressed by the turbo passing back through the compressor wheel of the turbo after the airflow is abruptly halted by the throttle plate closing, called compressor surge. However, in some cases, i.e. where the throttle plate doesn't open fast enough or is set up to only react to high boost, some chatter will remain. Surge can occur on diesels when the turbo is attempting to pressurize the air at a higher pressure ratio than the compressor wheel can flow at a given speed. Most Diesel engines have no use for a blow off valve as they do not have a throttle plate.

The chatter noise is very noticeable on World Rally Cars, where anti-lag is used.

A compressor stall like this can cause excess stress and wear on the turbo's shaft or bearings under higher load applications of the turbo (around 15 pounds per square inch (1 bar) and greater depending on the trim and flow rate of the compressor side).

Actual wastegate flutter occurs instead under partial boost conditions such as partial throttle near the boost threshold. It sounds like FftFftFftFft not ShuShuShushu and is caused by the rapid opening and closing of the wastegate at boost levels near the spring pressure. It is commonly heard more clearly and may be more prominent on cars with modified intake silencers, up-pipes, downpipes, or an oversized wastegate incorrectly matched to that specific engine. Also, vehicles using on/off solenoids to control boost can do this under certain conditions. It is not harmful to the engine. Some may claim that it can damage the wastegate, which may be possible under some circumstances, however some vehicles flutter regularly inherently from the factory without any consequence.

However, exhaust flow is an effect of power. So, another decision chart should look like this. 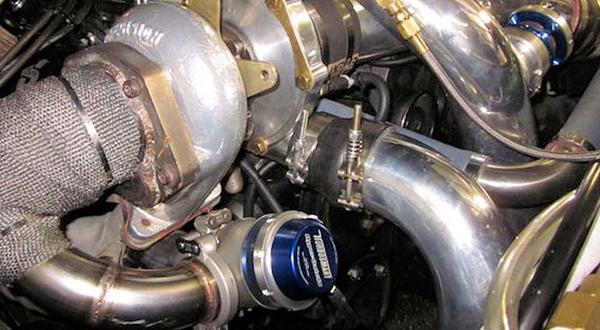