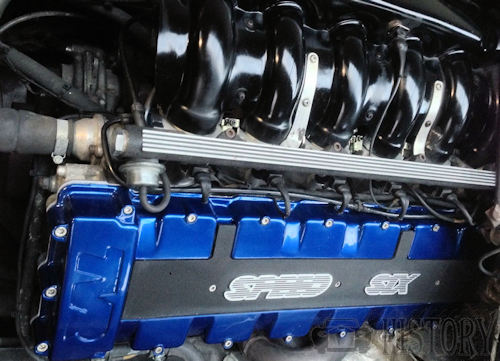 The engine's prototypes (referred to as AJP-6) were designed and delivered by independent engineer Al Melling(the "A" in AJP) as both 3.0 and 3.5 litre units. Many of its key design elements (particularly the valvetrain) were first seen in the 1991 Suzuki GSX-R750M motorcycle engine (also a Melling design).

In order to reduce unit production costs, the engines that actually went into production, called Speed Six, were TVR modified versions of the initial AJP-6 prototypes with 3.6 and 4.0 litre capacities. Prominent modifications were alterations to valve train geometry, a switch from a billet steel crank to cast iron (with a crank damper), different con-rods, oil filter relocation to the inlet side of the engine, and removal of the exhaust cam oil feed. The two different capacities were achieved through stroke alterations from a con-rod design able to accommodate two different stroke lengths, and different piston crown designs altering the compression ratios. The bores diameters were shared.Pistons were made in Italy by Asso Werke from pre-existing casts, initially designed for the Rotax-Aprilia RSV 1000 engine. Those casts, refused by Rotax, were modified and used to produce the smaller Speed Six pistons.

Early versions of the Speed Six engine suffered from poor valve train durability leading to many warranty claims against TVR. Subsequent third party development work has mitigated this issue by using revised material harnesses for the cam lobes, finger followers and valve guides. Softer valve springs and valves with thicker stems were also utilised. Engines that have had these modifications performed have much improved durability.

Another third party development offers a redesigned cylinder head with cam and bucket valve actuation so eliminating the use of finger followers altogether.

The initial 4.0 litre version of the engine as used in the Cerbera produced 350 bhp (261 kW) with the final incarnations of the engine having TVR claimed outputs of 405 bhp (302 kW) in the Tuscan S, Sagaris and Typhon. 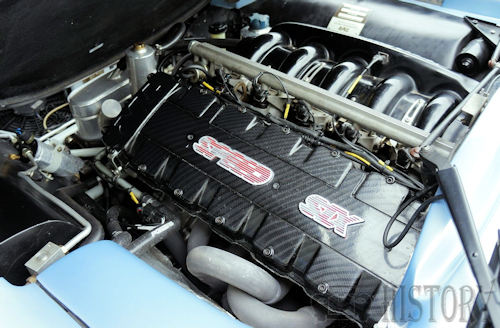