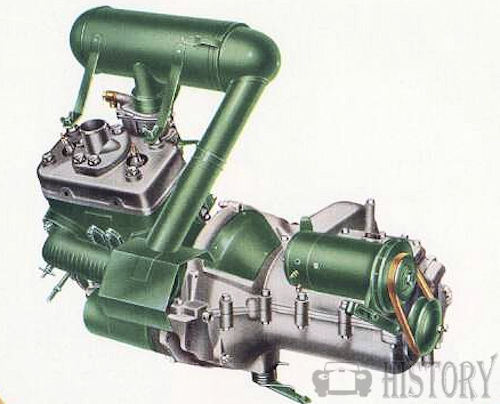 The second type of SAAB two stroke engine was a longitudinally placed 3 cylinder of 748 cc and initially 33 hp (25 kW). This engine was used in the Saabs 93, 94 (Sonett I, with an engine tuned to 57,5 hp), Saab Sonett II, 95, 96, Saab GT750, the Saab Formula Junior and the Saab Quantum. The engine is fitted with a belt driven DC dynamo combined with a coolant water pump.solid ball and roller bearings.

The 1958-59 Sports version of the 93B had 48-50 hp in base version and 57 hp (43 kW) in super version. This model had triple carburetors and a motor oil injection system, rather than oil pre-mixed with the petrol.

From 1959 displacement was raised to 841 cc with 38 hp (28 kW). For model year 1966, the 'standard' 3-cylinder two-stroke engine was fitted with triple carburetors. From model year 1967 it began to be replaced with the Ford Taunus V4 engine. A special version was built for the United States' 1968 model year, sleeved down to 795 cc to avoid new emission regulations which exempted engines under 50 cu in (819 cc).

SAAB also made some experimental V6 engines, by mounting two three cylinder two-stroke engines together, at an angle. One had carburetors on the outside, while another was more conventional, with a carburetor in between the two blocks. 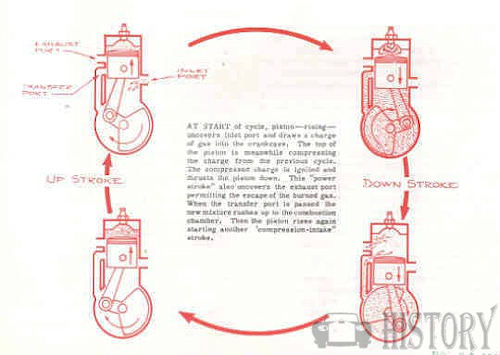