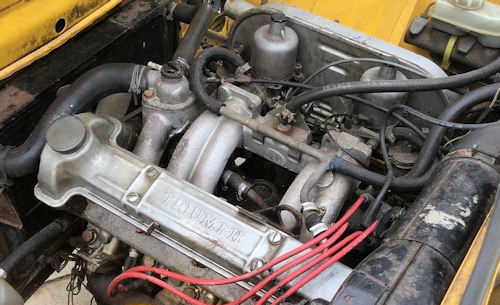 The Triumph slant-four is an engine developed by Triumph. .

The UK engineering and consultancy company Ricardo, which did have a general engine-development contract with Triumph, was not directly involved with its design, but was usually kept informed of anything new being planned. Ricardo was involved in developing a new engine for Saab, for use in their new 99 model. When that development proved too expensive and risky to produce, Ricardo, knowing the slant-four was almost ready for production, brought Saab into contact with Triumph. 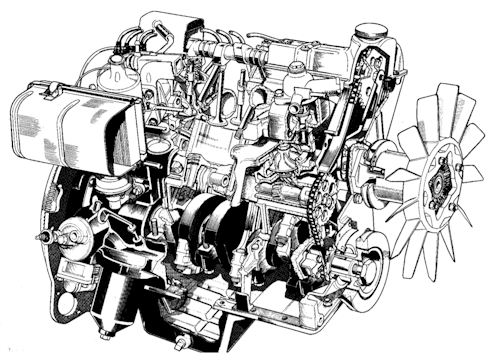 Saab first used the Triumph slant-four at 1.7 L (1709 cc) for the Saab 99. Only later, as production capacity increased, did it become available in Triumphs. Development by Saab continued into the 1990s. The engine is a straight-four with the cylinders tilted at 45 degrees (actually in effect half of the Triumph V8 that was used in the Triumph Stag). 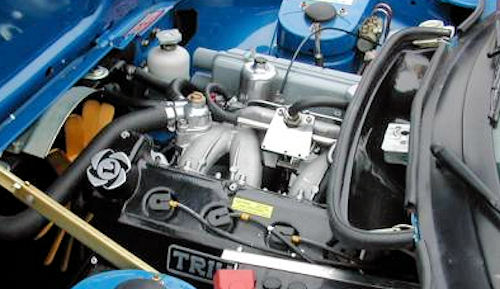 Triumph added unique SOHC four-valve cylinder heads to the slant-four for 1973's Dolomite Sprint. A team of engineers led by Charles Spencer (Spen) King developed the 16-valve cylinder head with all of the valves being actuated using a single camshaft rather than the more conventional DOHC arrangement. The capacity was also increased to 1,998 cc (122 cu in), and combined with bigger carburettors the output was raised to 127 bhp (95 kW). This represented a significant increase over the smaller 1850cc variant, however it fell short of the original target of 135 bhp (101 kW).

This reduction in specification came about because the production line was unable to build the engines to the same level of quality - production engine outputs being in the region of 125 bhp (93 kW) to 130 bhp (97 kW). This was despite Spen King relating how he "went away on holiday and came back to find an engine running on the bed giving 150 bhp at the first build.", This led to the original model designation, the Dolomite 135, being replaced at short notice with the Sprint name.

As a result of the use of this engine, the Dolomite Sprint has been claimed to be "the world's first mass-produced multi-valve car". While other multi-valve engines (notably the Lotus 907) were produced in volume, they were not used in mass production vehicles until after the introduction of the Dolomite Sprint. The design of the cylinder head won a British Design Council award in 1974.

This 16-valve two-litre engine was also used in a small number of prototype and pre-production TR7 Sprints, built at Speke during 1977. 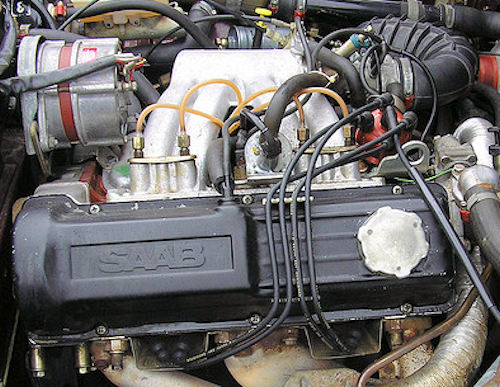 Saab later increased the engine size to 1.85 L and in 1972 the company brought production in-house (to Scania) for the 2.0 L B version. This engine shared much with the original Triumph design, including bore centres and bearings, but was substantially redesigned. Previously inadequate and unreliable features, such as the waterpump and its seal, were redesigned and became reliable. Some of these became popular as retrofits to original Triumph engines and cars.

The Saab B engine was replaced by the related Saab H engine.