Basics how a car engine works

The car engine is an internal combustion engine, of which there are a number of
various types including diesel engine,
gasoline engine, rotary engine and engine two times. (Two-stroke) 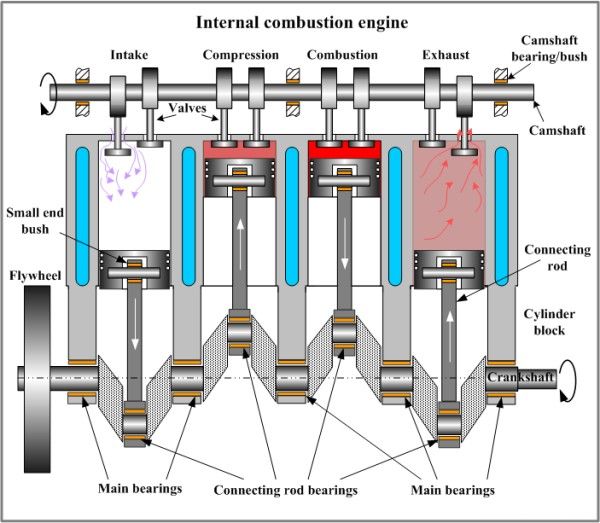 The internal combustion engine works with the basic premise of injecting a small amount of high-energy fuel, eg
gasoline or diesel in a small closed space, lighting and creating a massive
amount of energy as a gas in expansion.

The trick of the internal combustion
engine is removed is the accusation of explosions like this hundreds of times
for one minute and management to harness the energy that is thus created.

Almost
all cars use four-stroke cycle combustion to convert fuel into motion, the four
strokes being 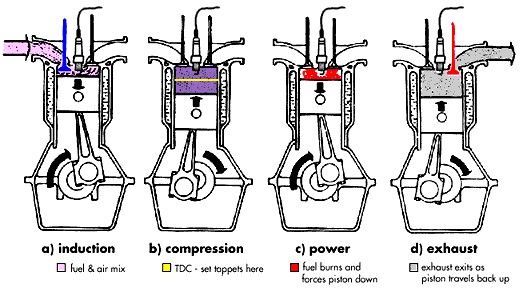 In the beginning of the cycle the piston starts on top, once the intake valve opens,
the piston moves downward, letting the engine take in a cylinder filled with air
which also injects a drop Petrol.

The piston moves back up to compress the air with the drop in gasoline, the compression will cause the explosion that is going to
happen all the more powerful.

When the piston reaches its limit, the spark plug emits a spark that ignites the gasoline,causing an explosion causing the piston down.

When the piston reaches its lower limit, the exhaust valve opens and the
exhaust pipe of the cylinder, leaving the vehicle exhaust pipe. This cycle is
repeated again and again. The linear movement of the pistons is converted into a
rotary motion by the crankshaft, which then becomes the vehicle wheels.

As you
may have gathered, the cylinder is one of the main components of the internal
combustion engine. Most cars have four, six or eight cylinders.