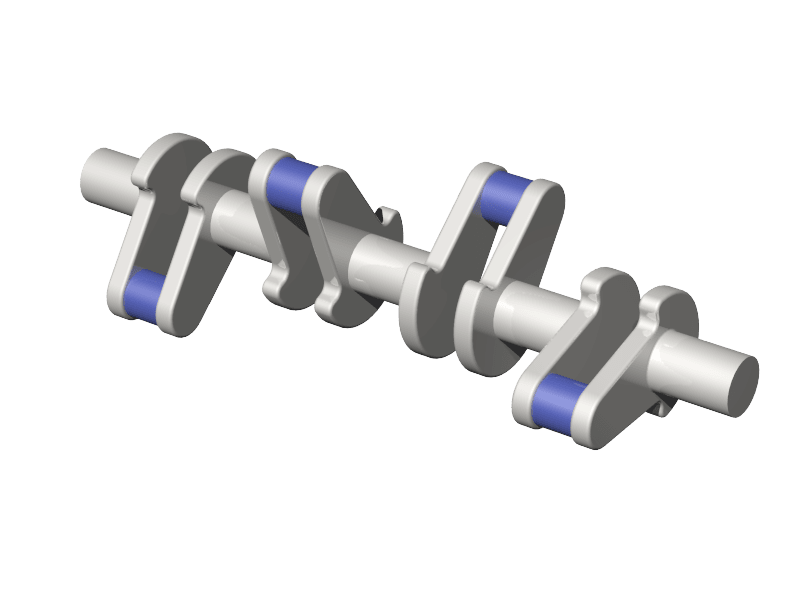 In a reciprocating engine, the crankpins, also known as crank journals are the journals of the big end bearings, at the ends of the connecting rods opposite to the pistons.

In a multi-cylinder engine, a crankpin can serve one or many cylinders, for example:

There are three common configurations of big end bearing: