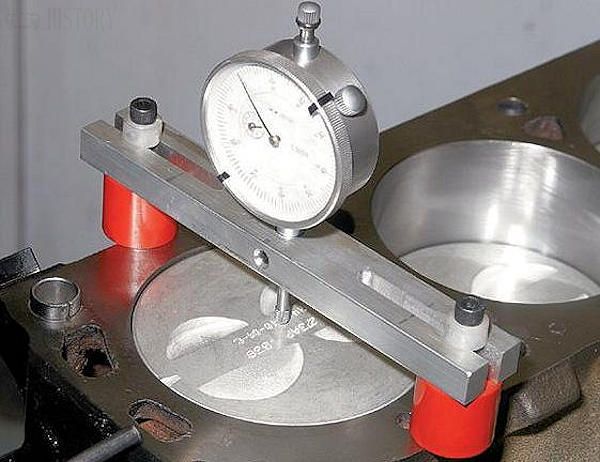 More generally, the dead centre is any position of a crank where the applied force is straight along its axis, meaning no turning force can be applied. Many sorts of machines are crank driven, including unicycles, bicycles, tricycles, various types of machine presses, gasoline engines, diesel engines, steam locomotives, and other steam engines. Crank-driven machines rely on the energy stored in a flywheel to overcome the dead centre, or are designed, in the case of multi-cylinder engines, so that dead centres can never exist on all cranks at the same time. A steam locomotive is an example of the latter, the connecting rods being arranged such that the dead centre for each cylinder occurs out of phase with the other one (or two) cylinders. 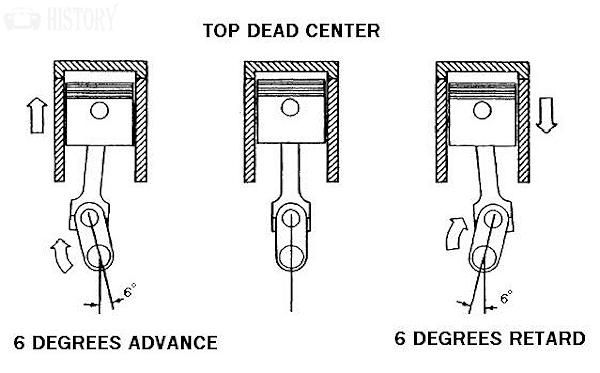 In a reciprocating engine, top dead centre of piston #1 is the datum point from which ignition system measurements are made and the firing order is determined. For example, ignition timing is normally specified as degrees before top dead centre (BTDC) although a very few small and fast-burning engines require a spark just after top dead centre (ATDC), such as the Nissan MA engine with hemispherical combustion chambers, or hydrogen engines.

Top dead centre for cylinder one is often marked on the crankshaft pulley, the flywheel or dynamic balancer or both, with adjacent timing marks showing the recommended ignition timing settings as decided during engine development. These timing marks can be used to set the ignition timing either statically by hand or dynamically using a timing light, by rotating the distributor in its seat.

In a multi-cylinder engine, pistons may reach top dead centre simultaneously or at different times depending on the engine configuration. For example:

The concept of top dead centre is also extended to pistonless rotary engines, and means the point in the cycle in which the volume of a combustion chamber is smallest. This typically occurs several times per rotor revolution; In the Wankel engine for example it occurs three times for every one revolution of the rotor.

Finding the volume of the cylinder using TDC and BDC and multiplying it by the number of cylinders will give the engine displacement.