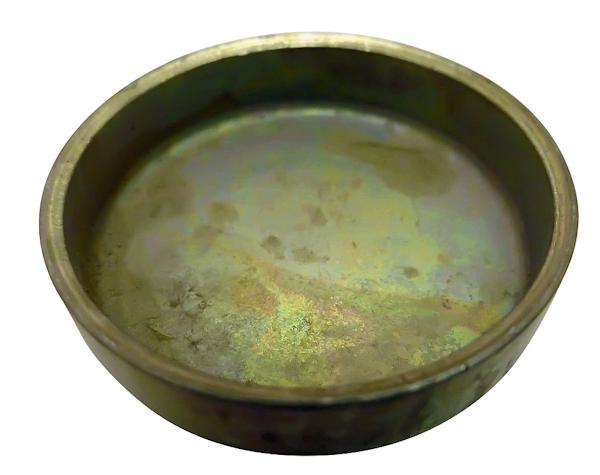 The Welch plug,(misnomer: Welsh Plugs), is a thin, domed, disc of ferrous metal which is pushed, convex side out, into against an internal shoulder in the casting holes. Alternatively a non-ferrous metal such as brass offers improved corrosion prevention. The plug is a domed disk fitted against a shoulder in the core hole. When struck with a hammer, the dome collapses and the disk expands to seal the core. Other core plugs have a dish design, so that when pressed into the casting hole the tapered sides form the seal.

According to Nevin Hubbard of the M.D. Hubbard Spring Company, the Welch plug was originally designed in the 1900s by the Welch Brothers of the Welch Motor Car Company of Pontiac, Michigan.

Hubbard claims that "at that time core holes in the engine blocks were fitted with pipe plugs. During one of these run-ins a pipe plug backed out. In order to get back on the road one of the brothers drove a quarter or half dollar into the hole. From this they developed the Welch plug, some with the help of my Great Grandfather Martin Hubbard. They then patented the plug and the M.D. Hubbard Spring Company become the sole manufacturer of the Welch plug for the life of the patent.