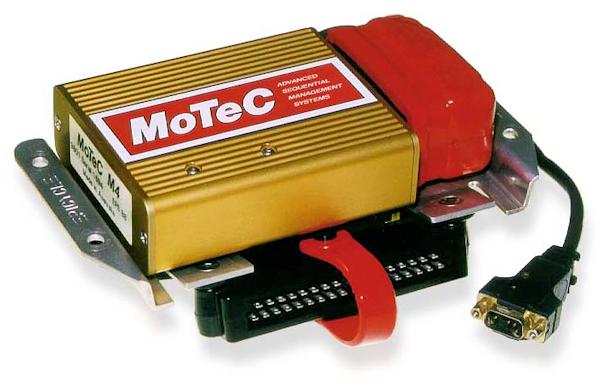 A special category of ECUs are those which are programmable. These units do not have a fixed behaviour and can be reprogrammed by the user.

Programmable ECUs are required where significant aftermarket modifications have been made to a vehicle's engine. Examples include adding or changing of a turbocharger, adding or changing of an intercooler, changing of the exhaust system or a conversion to run on alternative fuel. As a consequence of these changes, the old ECU may not provide appropriate control for the new configuration. In these situations, a programmable ECU can be wired in. These can be programmed/mapped with a laptop connected using a serial or USB cable, while the engine is running.

The programmable ECU may control the amount of fuel to be injected into each cylinder. This varies depending on the engine's RPM and the position of the accelerator pedal (or the manifold air pressure). The engine tuner can adjust this by bringing up a spreadsheet-like page on the laptop where each cell represents an intersection between a specific RPM value and an accelerator pedal position (or the throttle position, as it is called). In this cell a number corresponding to the amount of fuel to be injected is entered. This spreadsheet is often referred to as a fuel table or fuel map.

By modifying these values while monitoring the exhausts using a wide band lambda probe to see if the engine runs rich or lean, the tuner can find the optimal amount of fuel to inject to the engine at every different combination of RPM and throttle position. This process is often carried out at a dynamometer, giving the tuner a controlled environment to work in. An engine dynamometer gives a more precise calibration for racing applications. Tuners often utilize a chassis dynamometer for street and other high performance applications.

Other parameters that are often mappable are:

Some of the more advanced standalone/race ECUs include functionality such as launch control, operating as a rev limiter while the car is at the starting line to keep the engine revs in a 'sweet spot', waiting for the clutch to be released to launch the car as quickly and efficiently as possible. Other examples of advanced functions are:

A race ECU is often equipped with a data logger recording all sensors for later analysis using special software in a PC. This can be useful to track down engine stalls, misfires or other undesired behaviors during a race by downloading the log data and looking for anomalies after the event. The data logger usually has a capacity between 0.5 and 16 megabytes.

In order to communicate with the driver, a race ECU can often be connected to a "data stack", which is a simple dash board presenting the driver with the current RPM, speed and other basic engine data. These race stacks, which are almost always digital, talk to the ECU using one of several proprietary protocols running over RS232 or CANbus, connecting to the DLC connector (Data Link Connector) usually located on the underside of the dash, inline with the steering wheel