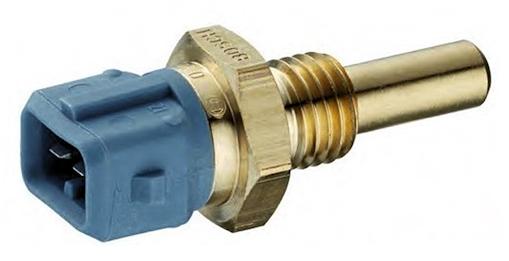 The ECU sends out a regulated reference voltage typically 5 volts to the Coolant Temperature Sensor, through the sensor where the voltage is decreased in relation to the internal resistance within the sensor which varies with temperature. This voltage is then returned to the ECU via the signal wire. The ECU is then able to calculate the temperature of the engine, and then with inputs from other engine sensors uses lookup tables to carry out adjustments to the engine actuators.