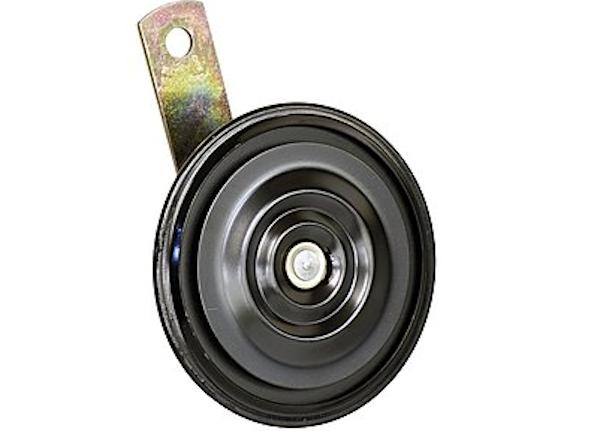 Oliver Lucas of Birmingham, England developed a standard electric car horn in 1910. Automobile horns are usually electric, driven by a flat circular steel diaphragm that has an electromagnet acting upon it and is attached to a contactor that repeatedly interrupts the current to the electromagnet. This arrangement works like a buzzer or electric bell and is commonly known as "sounding" or "honking" one's horn. There is usually a screw to adjust the distance/tension of the electrical contacts for best operation. A spiral exponential horn shape (sometimes called the "snail") is cast into the body of the horn, to better match the acoustical impedance of the diaphragm with open air, and thus more effectively transfer the sound energy. Sound levels are approximately 107-109 decibels, and current draw 5-6 amperes.

Horns can be used singly, but are often arranged in pairs to produce an interval consisting of two notes, sounded together; although this only increases the sound output by 3 decibels, the use of two differing frequencies with their beat frequencies and missing fundamental is more perceptible than the use of two horns of identical frequency, particularly in an environment with a high ambient noise level. Typical frequencies of a pair of horns of this design are 500 and 405–420 Hz (approximately B4 and G#4, minor third). 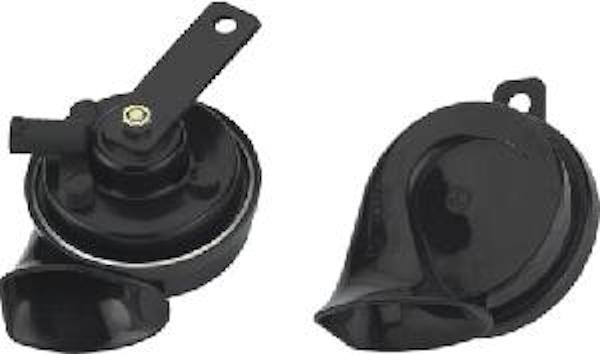 Some cars, and many motor scooters or motorcycles, now use a cheaper and smaller alternative design, which, despite retaining the name "horn", abandons the actual horn ducting and instead relies on a larger flat diaphragm to reach the required sound level. Sound levels are approximately 109-112 decibels, and current draw 2.5-5 amperes. Again, these horns can be either single, or arranged in pairs; typical frequencies for a pair are 420-440 and 340–370 Hz (approximately G#4-A4 and F4-F#4) for this design.

A horn grille is a part of some designs of automobile or other motor vehicle that has an electric horn, such as a motor scooter.

The radiators of modern cars no longer determine the shape of the grilles, which have become more abstract, the radiator being of different proportions from the grille and over 15 centimetres behind it. Usually grilles are now designed such that the sound of a horn can readily come out through them. But those designs which maintain the notion that the shape of the grille shall reflect the shape of the radiator behind it no longer have front fenders with rather large crevices which would permit the old trumpet-shaped horns to be mounted on top of them. Thus some cars, often British ones, have a pair of round horn grilles mounted on either side of the radiator grille, behind each of which a horn is located. A luxury car's horn grilles are usually chrome-plated. 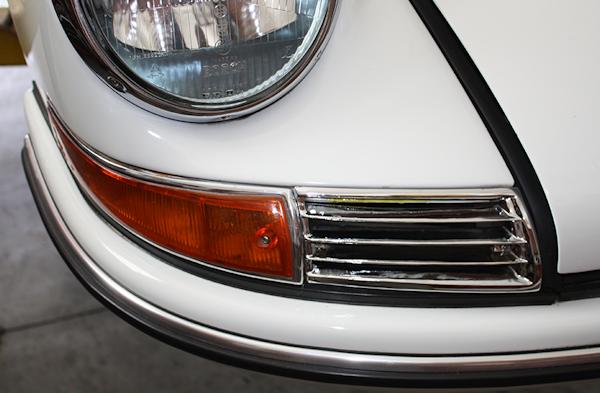 Cars with rear engines, such as the Volkswagen Beetle and the early Porsches, necessarily have no radiator grilles in front, and so have horn grilles placed below their headlights.