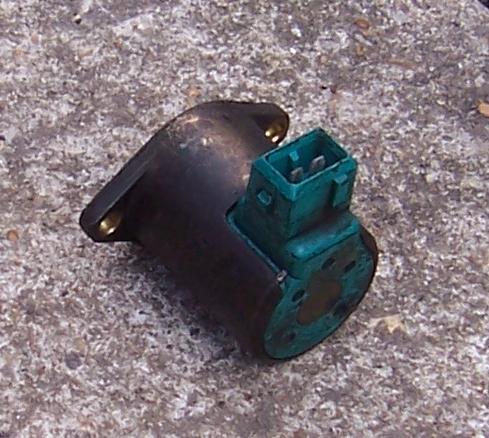 The IAC actuator is basically an electrically controlled valve, which gets its input from the vehicle's ECU. The valve is fitted such that it bypasses the actual throttle valve. The actuator consists of a solenoid that controls a plunger/valve which variably restricts air flow through the device's body. Electric current through the solenoid determines how much (or less) the plunger constricts air-flow which means that the amount by which the valve opens can be controlled by an electric current. Thus, the ECU can control the amount of air that bypasses the throttle when the throttle is fully closed, thereby controlling the engine's idle RPM.

Without the IAC, the only way to control idling is by adjusting the throttle valve itself - this may be inefficient in terms of mileage and/or emissions. Electronically controlling the air enables allowing just the right amount of air needed to maintain the designated idle RPM irrespective of the ambient and/or engine conditions. This also allows the ECU to dynamically respond to changes in engine load where the driver does not press the accelerator whilst putting the vehicle in gear (i.e., anti-stall feature). Thus the driver can more easily move the car from stand-still by merely releasing the clutch (manual transmission) or the brake (automatic transmission) without having to simultaneously press the accelerator

Although the IAC is supposed to last the vehicle's lifetime, various reasons may cause it to fail/malfunction prematurely. The most common failure mode is partial/complete jamming of the valve (due to dirt/dust or even oil) where it cannot be smoothly controlled. The result is an engine that idles very rough and frequently stalls. A valve that is only jammed may be restored simply by cleaning it. However a valve that has stopped working due to a fault in its solenoid will need replacement.