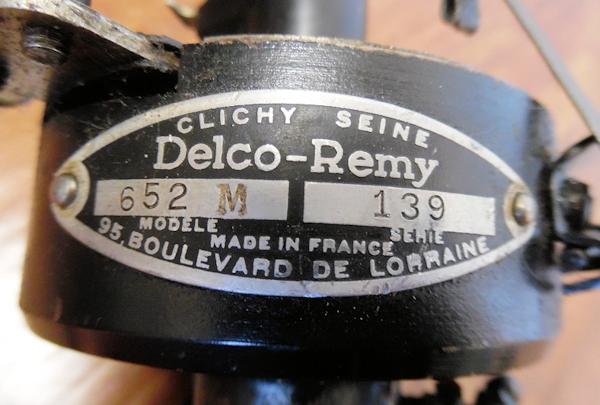 This ignition system uses an ignition coil wound as an auto transformer to step up the voltage from the 12 volts supplied by the alternator (or generator in much older vehicles). When the points close, current flows through the primary (input) side of the coil, which has a few hundred turns of wire, creating a magnetic field. When the points open, interrupting the current, this field collapses and as it does the lines of force cut across the secondary (output) coil which has several thousand turns of very fine wire, inducing a voltage in the range of 20 to 30 thousand volts at the coil output terminal. This high voltage pulse is carried by the coil wire to the center terminal of the distributor cap. There is a capacitor (sometimes called a condenser) connected across the points. If the capacitor were missing or defective then the primary current would arc across the opening points allowing the current and therefore the magnetic field to collapse slowly causing a weak or no spark. As the points begin to open the primary current is diverted to charge the capacitor. By the time the capacitor is charged the points are open wide enough to prevent the arc and the current and magnetic field collapse quickly and cleanly providing a strong pulse. When the points close the capacitor discharges through the points helping to quickly reestablish primary current. The distributor rotor connects the high voltage to one of the outer terminals around the cap where a spark plug wire carries it to a spark plug, when the voltage is high enough it jumps the gap of the spark plug and ignites the fuel air mixture above the piston just approaching top dead center, causing the explosion which drives the piston downward in the cylinder, pushing the connecting rod which rotates the crankshaft.

One problem with this design is that even with a properly sized capacitor there will be some arcing at the points which causes them to burn which causes resistance at the points which in turn reduces primary current and spark intensity. Also the mechanical rubbing block which rides on a cam to open the points wears over time changing the point gap. This causes a corresponding change in ignition timing. This is why tune-ups for older vehicles involve replacing the points and condenser and setting the gap carefully. Mechanical distributors also arc and require replacement, which should include replacing both the cap and rotor. Electronic ignition systems replace these components with solid state or optical devices, allowing much higher voltages for more efficient ignition. 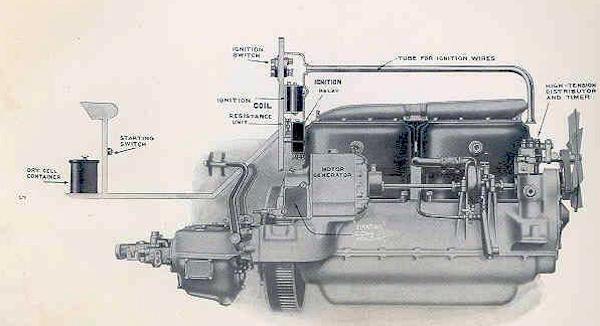