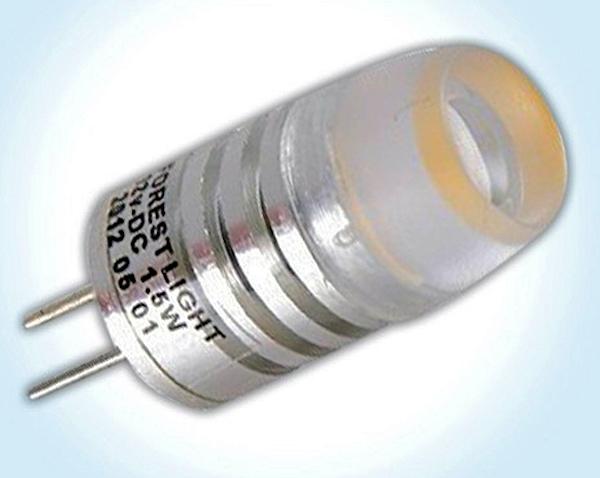 LEDs are being used with increasing frequency in automotive lamps. They offer very long service life, extreme vibration resistance, and can permit considerably shallower packaging compared to most bulb-type assemblies. LEDs also offer a significant safety performance benefit when employed in stop lights, for when power is applied they rise to full intensity approximately 250 milliseconds (¼ second) faster than incandescent bulbs. This fast rise time not only improves the attentional conspicuity of the stop lamp, but also provides following drivers with increased time in which to react to the appearance of the stop lamps.

LEDs were first applied to automotive lighting in Centre High Mount Stop Lamps (CHMSL), beginning in the late 1980s. Adoption of LEDs for other signal functions on passenger cars has been slow, but is beginning to increase with demand for the technology and related styling updates. The 2007 Audi R8 sports car uses two strips of optically focused high-intensity LEDs for its daytime running lamps. Optional on the R8 outside North America was the world's first LED headlamp made by AL-Automotive Lighting. The low and high beams along with the position (parking) lamp and front turn signal are all realised with LEDs. The Lexus LS 600h features LED low beam, position and side marker lamps in North America, and the 2009 Cadillac Escalade Platinum uses LEDs for the low and high beams, as well as for the position and side marker lamps.

The commercial vehicle industry has rapidly adopted LEDs for virtually all signaling and marking functions on trucks and buses, because in addition to the fast rise time and concomitant safety benefit, LEDs' extremely long service life reduces vehicle downtime. Almost all commercial vehicles use exterior lighting devices of standardised format and fitment, which has cost-reduced and sped the changeover.

LED lamps are used for flashing beacon lights on vehicles such as maintenance trucks. Previously, traditional light sources required the engine to continue running to ensure that the battery would not become depleted if the lights were to be used for more than a few hours. The energy-efficient nature of the LED source allows the engine to remain turned off but the light to continue to flash.

LED lighting systems are sensitive to heat. Due to the negative influences of heat on the stability of photometric performance and the light transmitting components, the importance of thermal design, stability tests, usage of low-UV-type LED modules and UV-resistance tests of internal materials has increased dramatically. For this reason, LED signal lamps must comply with the intensity requirements for the functions they produce after one minute and thirty minutes of operation. In addition, UN Regulation 112 contains a set of tests for LED modules including colour rendering, UV radiation, and temperature stability tests. According to UN Regulations 112 and 123, mechanical, electromechanical or other devices for headlamps must withstand endurance tests and function failure tests. 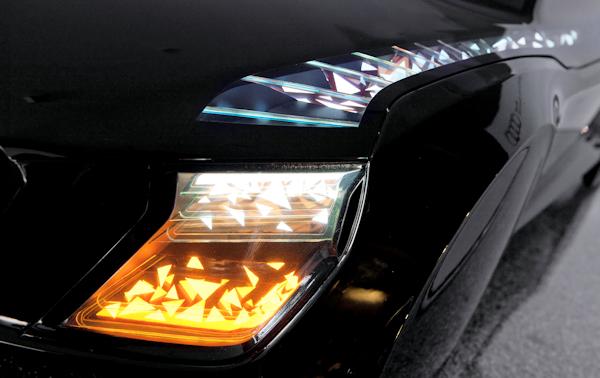