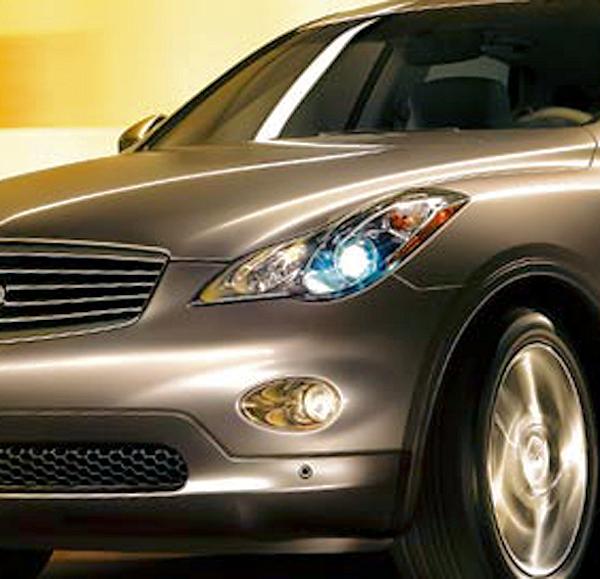 Nighttime standing-vehicle conspicuity to the front is provided by "front position lamps",known as "parking lamps" or "parking lights" in the US and Canada,and "front sidelights" in British English. They were designed to use little electricity, so they could be left on for periods of time while parking. Despite the UK term, these are not the same as the side marker lights described below. The front position lamps may emit white or amber light in the United States and Canada;elsewhere in the world they must emit only white light. Colloquial city light terminology for front position lamps derives from the practice, formerly adhered to in cities like Moscow, London and Paris, of driving at night in built-up areas using these low-intensity lights rather than headlamps. It is now illegal in many countries to drive a vehicle with parking lamps illuminated, unless the headlamps are also illuminated. The UK briefly required Dim-Dip lights, described below, in an attempt to optimise the level of light used at night in built-up areas.

Since the late 1960s, front position lamps have been required to remain illuminated even when the headlamps are on, to maintain the visual signature of a dual-track vehicle to oncoming drivers in the event of headlamp burnout. Front position lamps worldwide produce between 4 and 125 candelas.

In Germany, the StVZO (Road Traffic Licensing Regulations) calls for a different function also known as parking lamps: With the vehicle's ignition switched off, the operator may activate a low-intensity light at the front (white or amber) and rear (red) on either the left or the right side of the car. This function is used when parking in narrow unlit streets to provide parked-vehicle conspicuity to approaching drivers. This function, which is optional under UN and US regulations, is served passively and without power consumption in the United States by the mandatory side marker retroreflectors