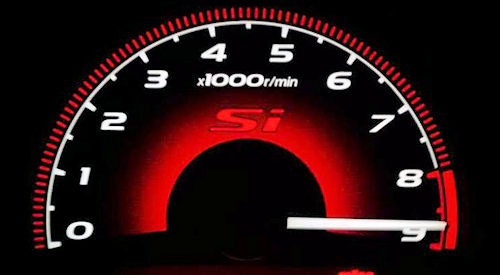 Redline refers to the maximum engine speed at which an internal combustion engine or traction motor and its components are designed to operate without causing damage to the components themselves or other parts of the engine. The redline of an engine depends on various factors such as stroke, mass of the components, displacement, composition of components, and balance of components.

The physical RPM-limiting factor in an internal combustion engine is commonly thought to be piston velocity. This, however, is a misconception. The rate of change in piston velocity is the true limiting factor. This change in velocity is known as acceleration. The piston acceleration is directly proportional to the magnitude of the G-forces experienced by the piston-connecting rod assembly. As long as the G-forces acting on the piston-connecting rod assembly multiplied by their own mass is less than the compressive and tensile strengths of the materials they are constructed from and as long as it does not exceed the bearing load limits, the engine can safely rev without succumbing to physical or structural failure.

Redlines vary anywhere from a few hundred revolutions per minute (rpm) (in very large engines such as those in trains and generators) to more than ten thousand rpm (in smaller, usually high-performance engines such as motorcycles and sports cars with pistonless rotary engines). Diesel engines normally have lower redlines than comparatively-sized gasoline engines, largely because of fuel-atomization limitations. Gasoline automobile engines typically will have a redline at around 5500 to 7000 rpm. The Ariel Atom 500 has the highest redline of a piston-engine road car rated at 10,600. The Renesis in the current Mazda RX-8 has the highest redline of a production rotary-engine road car rated at 9400 rpm.

In contrast, some older OHV engines had redlines as low as 4800 rpm, mostly due to the engines being designed and built for low-end power and economy during the late 1960s all the way to the early 1990s. One main reason OHV engines have lower redlines is valve float. At high speeds, the valve spring simply cannot keep the tappet or roller on the camshaft. After the valve opens, the valve spring does not have enough force to push the mass of the rocker arm, push rod, and lifter down on the cam before the next combustion cycle. Overhead cam engines eliminate many of the components, and moving mass, used on OHV engines. Lower redlines, however, do not necessarily mean low performance, as some skeptics sometimes assume. For example, a Supercharged Buick 3800 V6 with a redline anywhere from 5500-6000 has a torque curve that peaks at 2600-3600rpms, yet the engine is a strong performer from takeoff all the way through to the redline.

Motorcycle engines can have even higher redlines because of their comparatively lower reciprocating mass. For example, the Honda CBR250RR has a redline of about 19,000 rpm. (Though due to regulations in Japanese motorcycle manufacturing this was later lowered to 18,000) Higher yet is the redline of a modern Formula One car. Regulations in 2010 limit the maximum engine rotation to 18000 rpm but during the 2006 season, engine speeds reached over 20000 rpm on the Cosworth engine. 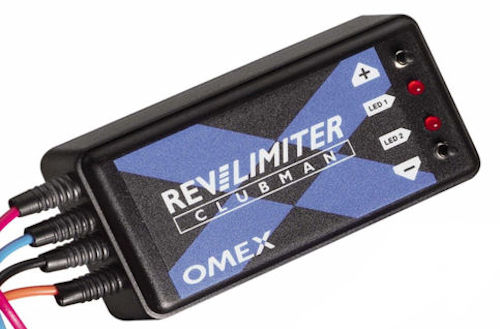 The actual term redline comes from the red bars that are displayed on tachometers in cars starting at the rpm that denotes the redline for the specific engine. Operating an engine in this area is known as redlining. Straying into this area usually does not mean instant engine failure, but may increase the chances of damaging the engine.

Most modern cars have computer systems that prevent the engine from straying too far into the redline by cutting fuel flow to the fuel injectors/carburetor or by disabling the ignition system until the engine drops to a safer operating speed. This device is known as a rev limiter and is usually set to an RPM value at redline or a few hundred RPM above. Most Electronic Control Units (ECUs) of automatic transmission cars will upshift before the engine hits the redline even with maximum acceleration (The ECU in a sports car's automatic transmission will allow the engine to go nearer the redline or hit the redline before upshifting). If manual override is used, the engine may go past redline for a brief amount of time before the ECU will auto-upshift. When the car is in top gear and the engine is in redline (due to high speed), the ECU will cut fuel to the engine, forcing it to decelerate until the engine begins operating below the redline at which point it will release fuel back to the engine, allowing it to speed operate once again.

However, even with these electronic protection systems, a car is not prevented from redlining through inadvertent gear engagement. If a driver accidentally selects a lower gear when trying to shift up or selects a lower gear than intended while shifting down (as in a motorbike sequential manual transmission), the engine will be forced to rapidly rev-up to match the speed of the drivetrain. If this happens while the engine was at high rpms, it may dramatically exceed the redline. For example, if the operator is driving close to redline in 3rd gear and attempts to shift to 4th gear but unintentionally puts the car in 2nd by mistake, the transmission will be spinning much faster than the engine, and when the clutch is released the engine’s rpm will increase rapidly. It will lead to a rough and very noticeable engine braking, and likely engine damage. This is often known as a 'money shift' because of the likelihood of engine damage and the expense of fixing the engine.