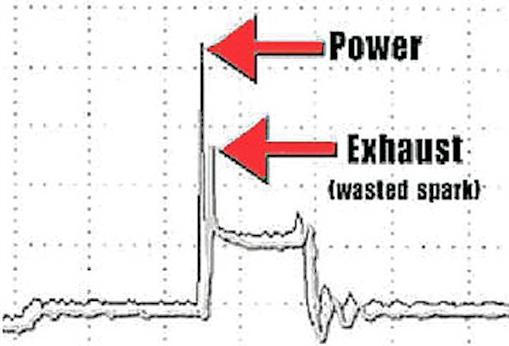 This design halves the number of components in a typical ignition system, while the extra spark, against much reduced dielectric resistance, barely impacts on the lifespan of modern ignition components. In a typical engine, it requires only about 2 to 3kV to fire the cylinder on the exhaust strokes. The remaining coil energy is available to fire the spark plug under compression (typically about 8 to 12 kV).

Perhaps the most significant advantage of the system, compared to a single coil and distributor systems, is that it eliminated the high-tension distributor.This significantly improves reliability, since many problems with a conventional system are caused by the distributor being affected by dampness from rain or condensation, dirt accumulation, and degradation of insulating materials with time. Although plug-top coil systems would later offer this same advantage, they were not available for another 30 years. Plug-top systems increase the number of coils required, the heat that these coils must survive, and so their demands on materials science for insulators.

Wasted spark systems still require a timing signal from the crankshaft. In a conventional four-stroke engine, this signal must also observe the phase of the camshaft relative to the crankshaft, so contact breakers are normally driven from the camshaft and distributor drive. With a wasted spark, the crankshaft can be used instead, as the system fires on both revolutions. It simplifies the mechanical arrangements since there is no distributor drive and the contact breaker cam can be fixed to the crankshaft. Although a 2:1 reduction gear is still required to operate the camshaft and valves, the precision of this drive is now less critical (ignition timing is more critical for engine performance than valve timing): engines continue to run adequately even with worn camshaft drives and imprecise timing.

This system has been widely used, including such engines as the Buick V6 engine 3800 LN3 and newer, Harley Davidson V-Twin, air-cooled BMW Motorcycles, 1948 Citroën 2CV, Mazda B engine, Chrysler V10, PSA TU Engines, Volkswagen Mark 3 2.8 VR6 (other than 2.0 ), Saturn Corporation 4 cylinders, and Chrysler 1.8, 2.0 & 2.4 engines. Some Ford engines also do. Many Honda and Kawasaki motorcycle and PWC engines also follow a similar design, to allow for a smaller number of more powerful coils to replace a larger number of smaller coils in the same limited space. 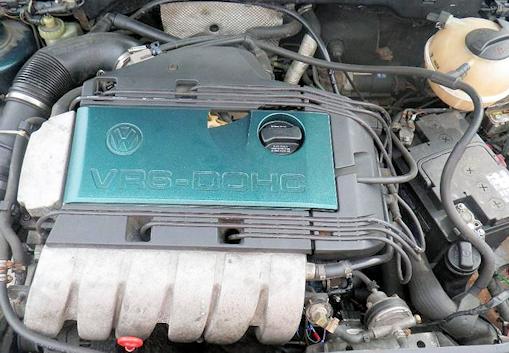 Most single cylinder four-stroke engines use the wasted spark system in order to capitalise on the simplicity and reliability of the flywheel magneto. These engines need a flywheel to run smoothly, and the heavy current-generating magnets help provide the momentum while delivering a zero-maintenance drive to the ignition system. Bolted directly on the end of the crankshaft this flywheel turns and operates at twice the speed that ignition is required.

As well as the build-weight and maintenance advantages of this system, there is a tuning advantage. Mounted directly on the end of the crankshaft all the stress that spark generation would otherwise place on the camshaft chain (or another special purpose half-speed drive) is avoided, while there is virtually none of the strain that necessarily degrades the ignition timing in systems relying on chains or gears.

Unlike the multi-cylinder systems noted above (which fire two plugs simultaneously from a double-ended coil) the coil in this system has only a single HT lead running to the single plug. The flywheel magneto provides other services in, for instance, small motorcycles, as it can easily be built to provide direct-current battery-charging power at almost no additional cost or weight.

In modern conditions, this method has a very small impact on the length on the service intervals of the vehicle and the longevity of individual components. Modern ignition systems do not have breaker points, which have been almost entirely replaced by electronic systems. Modern ignition coils outlast most other components of the vehicle and modern spark plugs have excellent service life, though there is a slight-difference between the two plugs as to erosion suffered at the centre electrode. In earlier points based systems, it was a common service recommendation to swap the spark plugs mid way between replacement intervals, between the two common cylinders to even out spark plug erosion.

Since the earliest petrol engines, some have used twin spark systems. These have two spark plugs in each cylinder. Each set of plugs is supplied separately. There may be several reasons for this: reliability (typically aircraft), starting (e.g. Model T), or better combustion performance by initiating the flamefront at opposing points simultaneously (e.g. Alfa Romeo). These are not considered as wasted spark systems, as their sparks all take place after the useful compression stroke, rather than "wasted" in the exhaust stroke