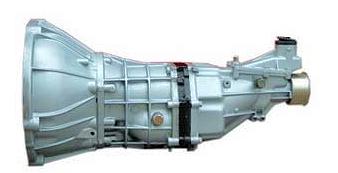 A standard transmission or manual transmission is the traditional type of transmission  used in a car. The manual or standard transmission consists of a series of  heliacal gears, synchros, roller bearings, counter shafts and gear selectors. The  main clutch assembly is used to engage  and disengage the engine from the  transmission. Heliacal cut gears are used to select the ratio desired the sector  fork move gears from one to another by using the gearshift knob.

The main clutch plays the role of a coupling device which separates the transmission  and the engine. If the clutch is absent and the car comes to a stop the engine will  stall. In automobiles, the clutch can be operated with the help of a pedal located  on the floor of the vehicle. In an automatic transmission instead of a clutch, a  torque converter is used to separate the transmission and engine.

A desired gear can be selected by a lever which is usually located on the floor  in between the driver and passenger seat. This selector lever is called the gear  lever or gear selector or gear shift or shifter. This gear stick can be made to  move in right, left, forward and backward direction. When the gear is placed on  the N position or neutral position, no gear will be selected. To move the car in  the backward direction, the R gear or reverse gear should be selected.

Car makes grinding noise while operating or shifting gears
•One of the roller or thrust bearings has failed
•The gear synchro is worn out not forcing the gear stop before it is engaged causing a grinding gear.
•A counter or main shaft bearing has failed causing misalignment of the gears

Tips: Never let little noises go unattended; a small noise can  cause a large noise and transmission operation failure. Never overload a vehicle  or tow beyond the capacity this can cause premature transmission failure.