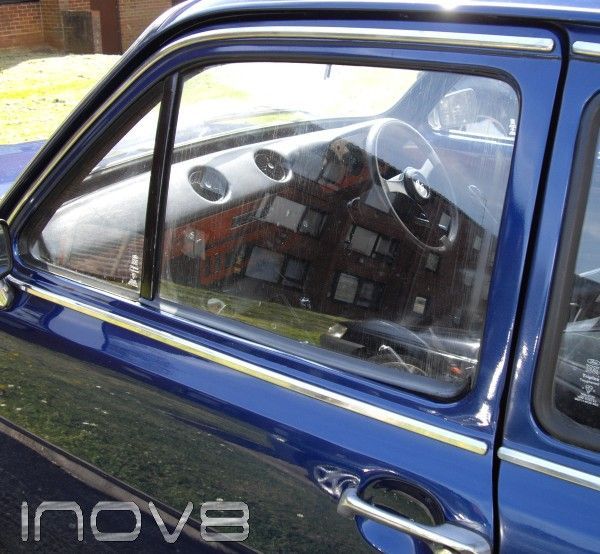 A vehicle door is a partition, typically hinged, but sometimes attached by other mechanisms such as tracks, in front of an opening which is used for entering and exiting a vehicle. A vehicle door can be opened to provide access to the opening, or closed to secure it. These doors can be opened manually, or powered electronically. Powered doors are usually found on minivans, high-end cars, or modified cars.

On the other hand, the vehicle door's interior side is typically made up of a variety of materials, sometimes vinyl and leather, other times cloth and fabric. Because the car door panel is typically intended to match the rest of the styles used in the car's interior, the choice of cover materials depends on the rest of the styles used in the vehicle's inner body like the dashboard, carpet, seats, etc. However, unlike the accoutrements used on the exterior side of the vehicle door, the accoutrements on the interior side serve a greater purpose other than just aesthetic appeals. While true that the accoutrements that make up the interior side are intended to match their surroundings and contribute to the overall aesthetic appeal, there's an additional purpose of coziness and comfort. This is to say, a car door panel has interior parts that contribute to the overall functionality and ergonomics of the ride, such as: armrests; various switches; lights; electronic systems like the window controls and locking mechanism; etc.

A vehicle typically has two types of doors: front doors and rear doors. Loosely related are: vehicle hoods and vehicle trunk lids. In Europe, there's also a door known as a "Hatch" (see “Door categorization” below)

Most vehicle doors are secured closed to the vehicle body with latches which may be locked to prevent unauthorized access from the exterior. There are a variety of car door locking systems. Door locks may be manually, or automatically operated, and may be centrally or individually operated. Also, they may be operated by remote control, with the transmitter often integrated into the main vehicle access / ignition key.

Additionally, rear passenger doors are frequently fitted with child safety locks to prevent children from exiting the vehicle unless the door is opened from the exterior. These are also frequently used on Police cars, to prevent suspect criminals from escaping whilst in Police custody.

Vehicle door latches on practically all vehicles today are usually operated by use of a handle which requires the user to pull, lift, or tug - with some force towards themselves rather than push. There is a reason for this. As late as the 1970s, some vehicles used exposed push buttons to operate the door latch, such as certain Opel models. The unfortunate side effect of this design was that external objects which touched a vehicle during a spinout could trigger the latch; the door would pop open and eject the vehicle occupants. A death which occurred exactly that way led to the landmark legal case of Daly v. General Motors Corp., 20 Cal. 3d 725 (1978), in which the Supreme Court of California merged strict product liability with comparative fault, and thereby affirmed the right of General Motors to introduce evidence that decedent Kirk Daly flew out of his Opel not only because the door popped open, but because he was intoxicated and not wearing a seat belt.

Door switches are simple on/off mechanisms connected to the interior light (dome light), and may also be connected to a warning light, speaker or other device, to inform the driver when the door is not closed. The door light is standard equipment on all cars. In American cars from the 1950s-1990s, they had buzzers or "door dingers" that sounded, along with the check light, whenever any door is open.

Most vehicle doors have windows, and most of these may be opened to various extents. Most car door windows retract downwards into the body of the doors, and are opened either with a manual crank, or switchable electrical motor (electric car windows other than the driver's window can usually be controlled at both the door itself and centrally by an additional control at the driver's position). In the past, certain retracting windows were operated by direct (up or down) pressure, and were held in the up position by friction instead of by an internal lift mechanism.

Other cars, particularly older US-manufactured vans, have hinged windows with a folded lever mechanism to push and hold the window out from its closed position.

One other no-longer common configuration is a triangular quarter glass window in to fill out the forward, non-rectangular portion of the upper half of the front door. These windows pivot on a vertical access, and the portion that is pushed outside, given the angle of incidence with the car's direction of forward motion, pushes external air into the vehicle. Such windows, as found on the Nissan Sunny, are operated with and locked shut with a pivoting latch, often with a push button lock. Several older US cars feature electrically controlled varieties.

Vehicle doors often include brakes, or 'stays', that slow the door down just before it closes, and also prevent the door opening further than its design specification. The current trend is to have a three-stage door brake.

Door brakes exist because the doors on the first vehicles were heavy, so they had to be pushed hard to make them close. Soon after, automotive manufacturers managed to construct lighter doors, but users were used to closing doors with force so doors quickly became damaged. Door brakes were then introduced to slow down the door just before the door closed to prevent damage; these soon became standard.

Hatchback and estate or station wagon bodies are sold as 'three-door' or 'five-door' models. In these cases, the rear hatch is classified as a door; this is because it enters the passenger compartment. With other vehicles such as saloons or sedans and coupés, the boot lid is not counted as a door by definition because it is for a separate storage compartment - these cars are sold as 'two-door' or 'four-door'. This system is mainly used in Europe, but is less common in North America. In Europe, the American-style labelling is occasionally used. 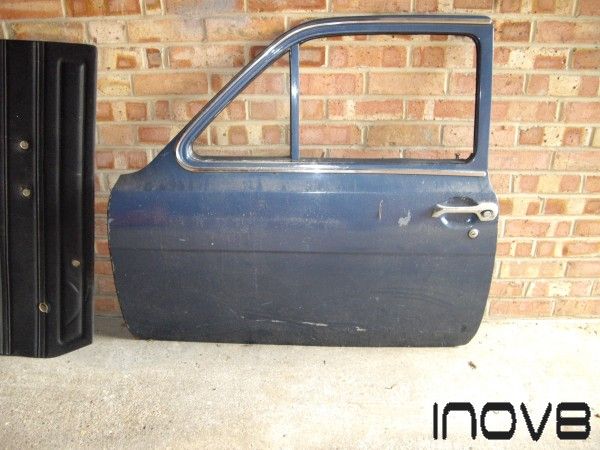 Usually in North America, cars are only sold as "two-door" or "four-door" models. This American-style labelling only includes the passengers' and driver's doors, and not hatches on hatchbacks and station wagons. This has led to many not understanding that hatches are counted as doors in Europe, whilst the lids to sealed trunks aren't.