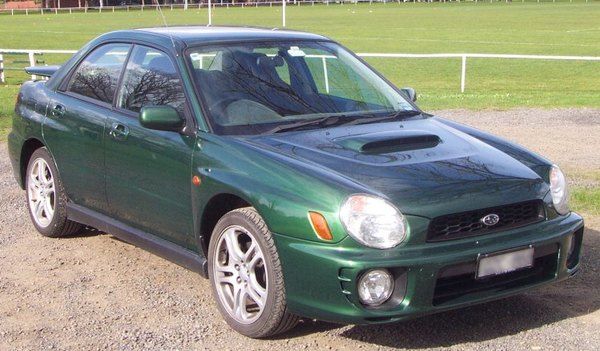 A bonnet/hood scoop, sometimes called bonnet airdam/air dam, is an upraised component on the hood of an automobile that either allows a flow of air to directly enter the engine compartment, or appears to do so. It has only one opening and is closed on all other sides. Its main function is to allow a direct flow of air to the engine, hence the need for it to be upraised so as to effectively channel air to the engine compartment. It may be closed, and thus purely decorative, or serve to enhance performance in several possible ways.

In most modern automobiles, internal combustion engines "breathe" under-hood air or air ducted from under the front bumper through plastic and rubber tubing. The high operating temperatures in the engine compartment result in intake air that is 28°C (50°F) or warmer than the ambient temperature, and consequently less dense. A hood scoop can provide the engine with cooler, denser outside air, increasing power.

At higher road speeds, a properly designed hood scoop can increase the speed and pressure with which air enters the engine's intake, creating a resonance supercharging effect. Such effects are typically only felt at very high speeds, making ram air primarily useful for racing, not street performance.

Pontiac used the trade name Ram Air to describe its engines equipped with functional scoops. Despite the name, most of these systems only provided cool air, with little or no supercharging effect.

Some engines with turbochargers or superchargers are also equipped with top mounted intercoolers to reduce the temperature and increase the density of the high-pressure air produced by the compressor. Channeling outside air to the intercooler (which is a heat exchanger similar to a radiator) increases its effectiveness, providing a slight improvement in power.

The scoop will be most effective if it is either mounted high enough to clear the boundary layer (the slow-moving air that clings to the surface of a moving object) or if it is a "NACA duct," mounted below the surface and designed to draw the faster moving air outside of the boundary layer into the duct. A shallow scoop that is not a NACA duct may not admit a useful amount of air even if it is open.

Under the hood, an effective scoop must funnel air into the engine's intake in as short and direct a path as possible, preferably through a tube or channel that is insulated against underhood heat.

A hood scoop/top mounted intercooler can be beneficial, especially during an off-road rally race. Rocks and debris can be kicked up by a car in front, and those objects can damage a front mounted intercooler. However, rock guards can be installed to prevent this problem.