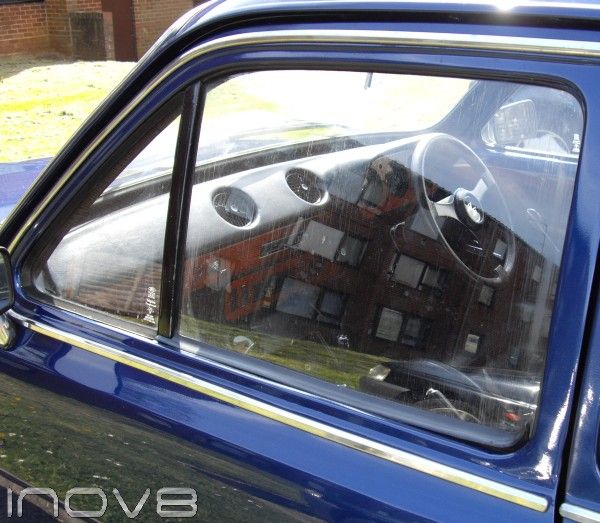 Quarter glass or quarter light on automobiles and closed carriages may be a side window in the front door or located on each side of the car just forward of the rear window of the vehicle.Only some cars have them. In some cases the fixed quarter glass may set in the corner or "C-pillar" of the vehicle. Quarter glass is also sometimes called a valence window.

This window may be set on hinges and is then also known as a vent window. Most often found on older vehicles on the front door, it is a small roughly triangular shaped glass in front of and separate from the main window that rolls down (see top right image). It has hinges and a latch, thus it can be opened for additional ventilation. Most vehicles since the 1960s have removed this feature for cleaner styling, known as "ventless" windows. Some vehicles also have glass that rolls down like a regular window or have hinged opening vent quarter windows for rear seat passengers.This may be a side window between the B-pillar and the C-pillar, and in the case of US minivans between the C and D-pillars (examples include the Chrysler Town and Country).

They can also be non-movable and mounted in the door itself because that section of the rear side glass would not be able to slide down because of the cut out in the rear doors to clear the rear wheel housings. The fixed portion of the glass is separated from the main window that rolls down by a slim opaque vertical bar (see top left image of a close-up of rear door).

A quarter glass can be found set in the body or A-pillar ahead of the front door opening (examples include the Chevrolet Lumina APV and eighth generation Honda Civic 4-door sedan).

In some automobiles the fixed quarter glass may set in the corner or "C-pillar" of the vehicle. There are also designs that incorporate two quarter windows one that is part of the door and the second mounted in the roof pillar. This arrangement may help to increase driver visibility. In this case, the quarter glass in the C-pillar would not be called an "opera window." 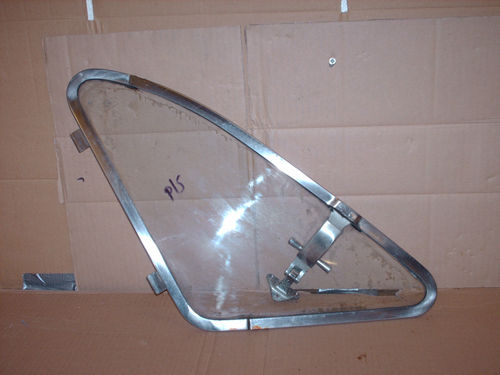 Early pop out Glass with catch