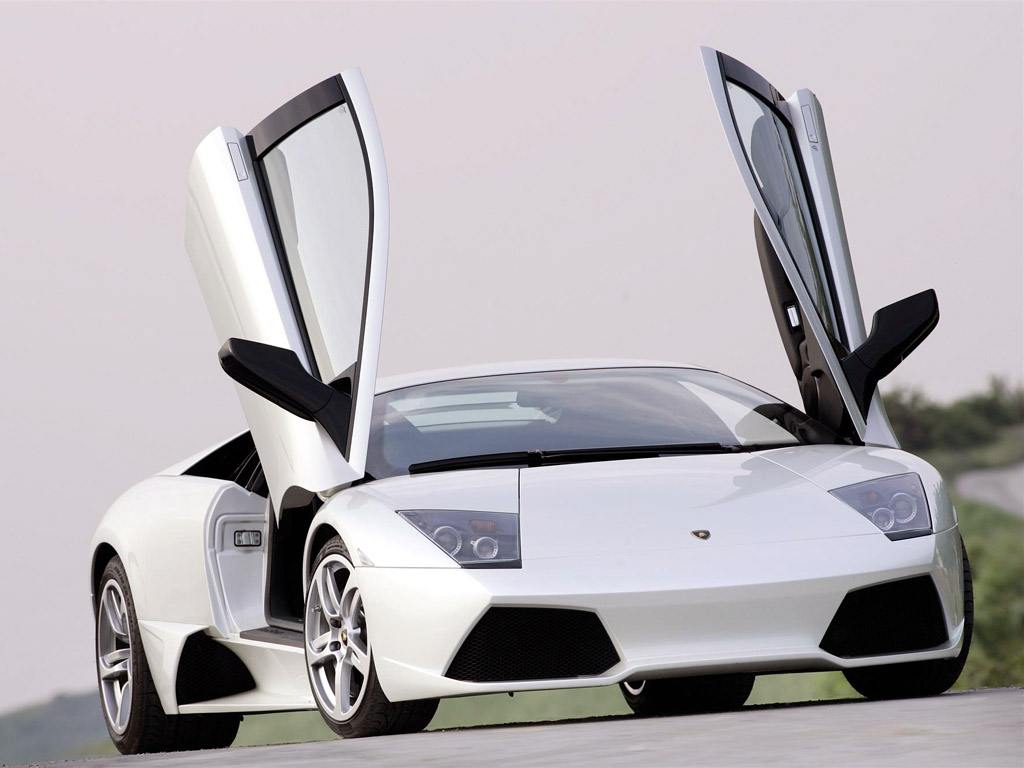 Scissor doors (also beetle-wing doors, jack-knife doors, switchblade doors, Lamborghini doors, and Lambo doors) are automobile doors that rotate vertically at a fixed hinge at the front of the door, rather than outwardly as with a conventional door.

The first vehicle to feature scissor doors was the 1968 Alfa Romeo Carabo concept car, designed by Bertone's Marcello Gandini. The door style was dictated by Gandini's desire for an innovative design, and by his concern over the car's extremely poor rear visibility. In order to reverse the car, the driver would be able to lift the door and lean his upper body out of the hatch in order to see behind the car. The first production car to feature the doors was a Lamborghini, Gandini's Countach; the sports car's wide chassis created similar problems to those found on the Carabo, calling for the unusual door configuration. The doors were used on the Countach's successor, the Diablo, on its replacement, the Murciélago, and on a low-production run derivative of the Murciélago called the Reventón. The Aventador is the latest Lamborghini car to feature the trademark doors. Having used the exotic door style for several of its cars, the Italian manufacturer has become synonymous with the implementation of scissor doors, which are sometimes colloquially referred to as "Lambo doors".

There are different types of scissor doors. The conventional type rotates to 90 degrees. Scissor doors can be powered and they usually are.

VLS doors have a scissor door configuration. The biggest difference is that they are designed to initially open slightly outward before opening upward to allow the top edge of the door to clear the door frame and A-pillar. Although butterfly doors also move upwards and outwards, VLS doors are not butterfly doors, this is because VLS doors move outwards to a very small degree compared to the angle of butterfly doors.

Some aftermarket example scissor doors are also designed so they can open vertically, and horizontally like a conventional car door. These are used so the user can get the benefits of both types of door and open the door in whichever style is best suited to the situation.