Automotive manufacturer Indonesian From 1979 to 1989. 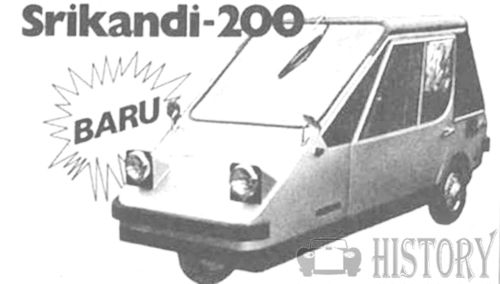 Srikandi was an Indonesian small car manufacturer from the late 1970s

The only model was the 200 S . This was a small car with front single wheel. The microcar had a closed body. The sloping front went over without step into the windshield .Reliant from England helped with the development. The body was similar to that of the British Bond Bug from the front can be seen but a closed body.