Automotive manufacturer Jakarta , Indonesian From 1988 to 1998. 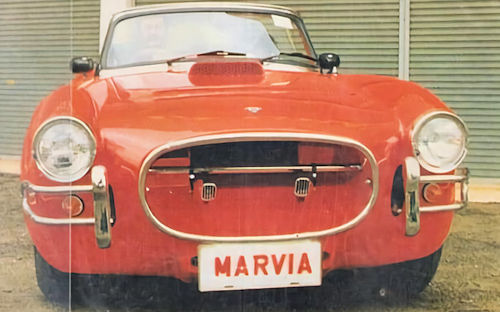 PT Marvia Graha Motor was an Indonesian manufacturer of automobiles .

The company from Jakarta began in 1988 with the production of automobiles.Since 1973 the government banned the import of used vehicles so Marvia Graha made them. The brand name was Marvia . In the late 1990s ended the production.

The company produced replicas of classic automobiles. The base formed Suzuki SJ 410 and Suzuki Carry Katana, as well as vehicles from Mazda engines used often Suzuki F10A engine  . The body was made of fiberglass .Models of Rolls Royce  Mercedes-Benz SSK  , Jaguar SS100,AC Cobra and Porsche 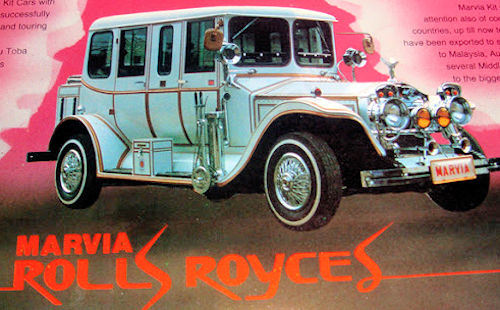 Because the cars are not licensed replicas, Porsche and Mazda then sued Marvia  Porsche who was originally going to Indonesia canceled its intention and eventually destroyed all brochures and other promotional media already printed. Indomobil then apologized by paying a substantial amount of compensation. After the case, Marvia finally closed .