Automotive manufacturer Jakarta; Indonesia From 1970 to 1979

PT Italindo was an Indonesian manufacturer of small motor vehicles in the 1970s .

The company from Jakarta first was an importer for Lambretta .  in 1970 started the production of tricycles for passenger transport. By the late 1970s also automobiles. The brand name was Italindo .By 1979 production stopped. 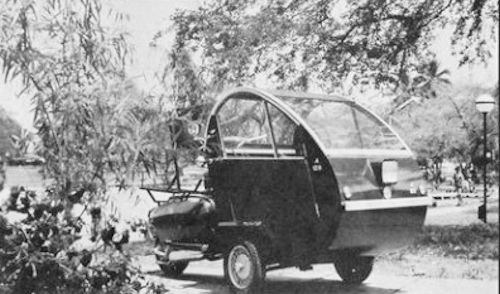 The first model was the Helicak , also written Helitjak . Innocenti supplied the chassis and the engine from the DL 150 with a cubic capacity of 150 cc . Italindo completed the vehicles. The single wheel of the tricycle was behind, the engine in front of it. The driver sat on a saddle above the engine. The cabin could accommodate about two passengers and was mounted between the two front wheels. From this model created about 860 vehicles. By 1987, these vehicles were banned and subsequently scrapped many times. 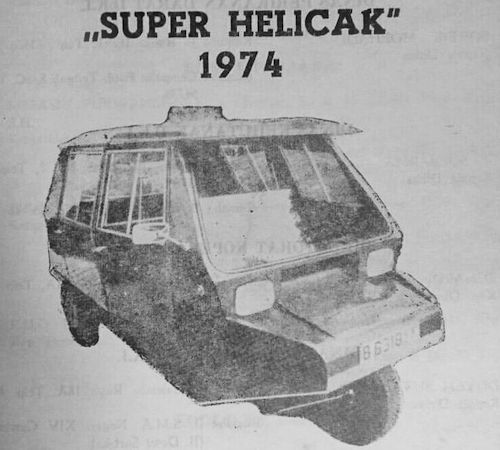 In the late 1970s, the Super Helicak followed . Reliant from England helped with the development. The chassis was similar to that of the Reliant Robin . The single wheel was in front. The closed body was made of steel . The driver sat in the front, next to it was room for another seat or luggage. Rear was a bench for two to three people. Two-cylinder two - stroke engines with 125 cc and 6 hp and 250 cc and 12 hp were available. Automatic transmission was standard. From this model created several thousand vehicles.