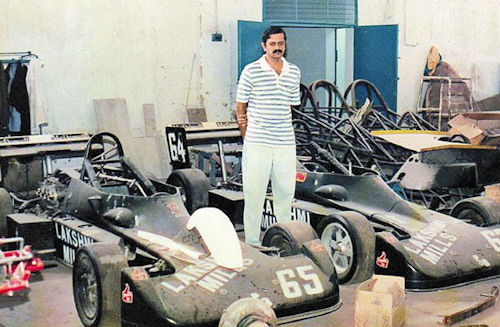 Lakshmi Performance Cars was a manufacturer of motor vehicles from India .

Founded in 1994, the company from Bangalore belonged to the Lakshmi Mills Company .

On 21 February 1996, two vehicles were at the Auto Expo in Delhi . Dax Cars was involved. In that year began the production of automobiles .  The brand name was Lakshmi . The plan was to sell 300 to 300 vehicles annually. 2001, the production ended.

The production model Kari 65 was a vehicle in the style of Lotus Seven , with a similarity to the rush of Dax Cars. The motor 110 PS made, and 2.IRS , which had an engine having 170 HP. Planned for 1997, the introduction of a stallion called replica of the AC Cobra .