Imperial was the Chrysler Corporation's luxury automobile brand between 1955 and 1975, with a brief reappearance in 1981 to 1983.

The Imperial name had been used since 1926, but was never a separate make, just the top-of-the-line Chrysler.

However, in 1955, the company decided to spin Imperial off as its own make and division to better compete with its rivals, Lincoln and Cadillac.

Imperial would see new body styles introduced every two to three years, all with V8 engines and automatic transmissions, as well as technologies that would filter down to Chrysler corporation's other models. 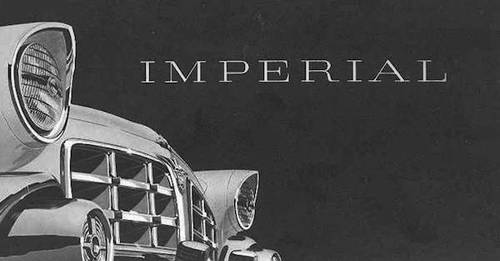