In 1958, the S4000 replaced the H3A in Zwickau. Outwardly hardly changed, especially the increase of the payload to four tons added value. In addition, the wheelbase was extended by 300 mm. Springs, front axle and frame were strengthened. The tractor still had a shortened wheelbase. In the same year began the series production of the type S4000-1, whose drive brought further progress. Thus, the engine power increased from 59 to 66 kW. In addition, the car received a new synchronized transmission, as well as a rubber-bearing cab. Both types were built in parallel for a short time. In early 1959, the production of the S4000 ran out after just over 2000 vehicles. 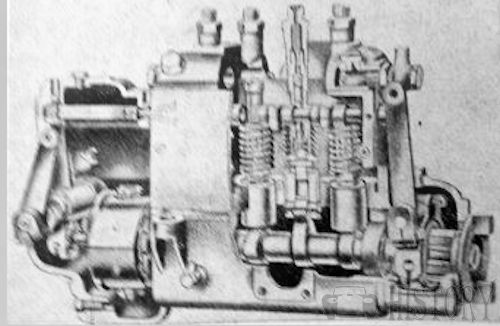