Humber Hawk Mark VI and VIA

The main change with the Mk VI was the fitting of an overhead-valve cylinder head to the engine. The rear of the body was slightly changed, which made the car longer. In 1955 an estate version with fold-down tailgate appeared. 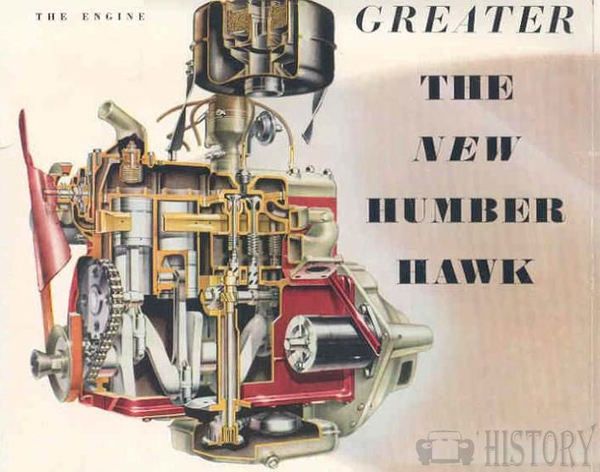 The April 1956 Mk VIA was a fairly minor upgrade, with changes mainly to the interior. A de-luxe version was added to the range.