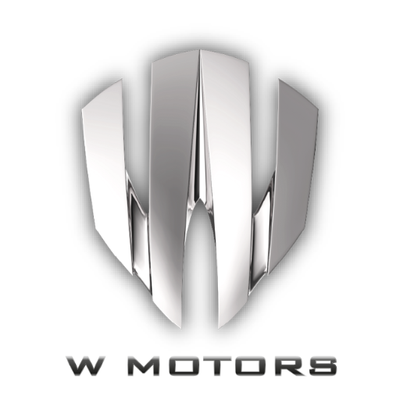 W Motors was founded in Lebanon in July 2012.Development of the W Motors brand took seven years. European auto manufacturers Carrozzeria Viotti, Magna Steyr, RUF Automobile and Studio Torino were involved in W Motors's development.Initial investment topped US$13 million some of which came from FFA Private Bank of Lebanon, who became a stakeholder in the company. W Motors founder Ralph Debbas has a master's degree in automotive design.

W Motors launched its first prototype model, the Lykan HyperSport at the Qatar International Motor Show in January 2013. Shortly thereafter, the company moved its headquarters to Dubai, in the United Arab Emirates (UAE).

Also in 2013, Universal Studios ordered twelve Lykan HyperSport stunt cars to appear in the film Furious 7; one of which is available for public viewing at Car Vault in Dubai. It is the most expensive car ever featured in the Fast and the Furious films, though the vehicles seen on screen do not have the carbon fiber chassis, diamond accents or other super-luxury touches that production models of the Lykan HyperSport do. The Lykan HyperSport's first pre-production model debuted at the Dubai International Motor Show on 5 October 2013.

The road-ready model of Lykan HyperSport premiered at Top Marques Monaco in April 2014. The Lykan HyperSport officially went on sale in December 2014. Officially limited to 7 units, the HyperSport is priced at $3.4 million and is manufactured in Torino, Italy.

Project CARS, a motorsport racing simulator video game developed by Slightly Mad Studios and distributed by Bandai Namco Games, released the Lykan HyperSport as its first downloadable content (DLC) vehicle in May 2015. As of 2016, the Lykan HyperSport has also been included in eleven other video games, including Driveclub and Forza Motorsport 6 in January 2016 as DLC.

W Motors has a three-person automotive design team as of 2012, all graduates of the transportation design degree program at Coventry University.It operates several facilities in Europe, with its main production facility in Torino, Italy,and has collaborated with international partners and suppliers from the automotive industry, including Magna Steyr, StudioTorino, Ruf Automobile, Novasis Ingegneria, ID4Motion, and the University of Tokyo in the technical field, and Franck Muller Watches and Quintessentially Lifestyle Concierge Services in the luxury field.

The company's second model, the Fenyr SuperSport, debuted in November 2015.

The company also revealed in September 2017 that the Fenyr SuperSport’s road-legal model would debut in November of the same year, along with the opening of a new showroom in City Walk 2. They also teased a new model, set to be revealed in 2018, which will be priced around US$500 000. 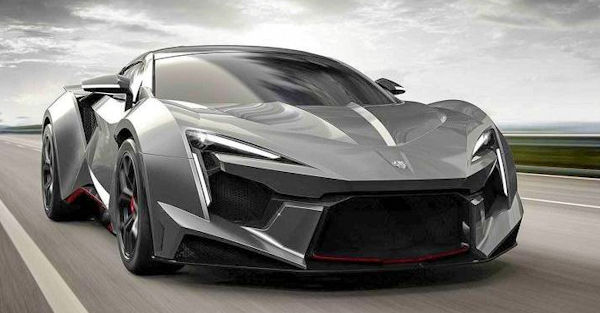