The Ginetta G15 was the most successful model of the brand was the 1968 presented G15, a small two-seat rear-engined coupe, which was equipped with the 875 cc engine of the Hillman Imp with a body in plastic glass fibre material with 2 doors. Built with three small updates over the years.

With an tubular chassis, the independent suspension came from the Triumph Herald with independent front suspension that has wishbones, coil springs, telescopic dampers with the rear was also independent, semi-trailing arms, coil springs, telescopic dampers.The imp also included the complete drive technology used as well as the four speed transmission,the distribution of weight was 45% to the front axle,and 55% at the rear axle. 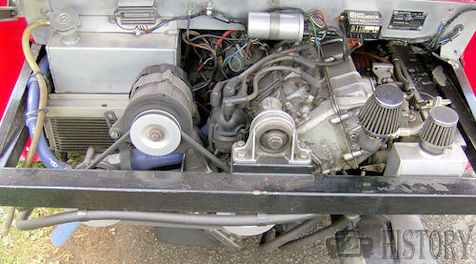 By 1974, just over 800 copies were sold as kitcar and finished vehicles. A special feature of the G15 is a fully fold-up tail, which completely exposes the subframe together with the engine-transmission rear axle unit and allows a removal with minimal effort carburation was 2 Stromberg 125 CDS horizontal carburettors.  Of the production sold a "S" version was avaliable with the IMP 998cc engine . Optional Accessories included light alloy wheels.

Similar in design was the 1973 presented Ginetta G21, which looked like a hatchback version of the G15, but had a front engine. It was produced until 1978 in about 180 copies. 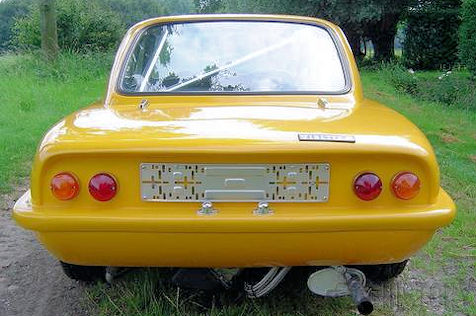