Automotive manufacturer Oelde Germany from 1906 to 1914. 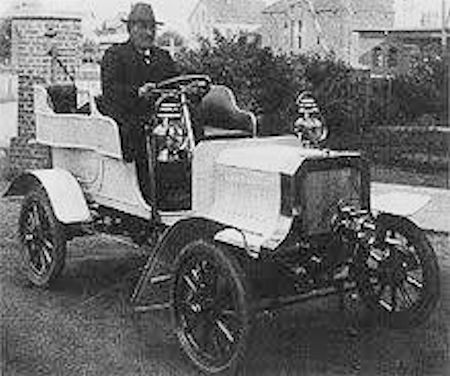 Westfalia headquartered in Oelde ( Westphalia ) is a German manufacturer that produced cars in the early 1900s.

On 1 September 1893, the brothers-in-law Franz Ramesohl and Franz Schmidt opened a workshop in Oelde under the name Ramesohl & Schmidt oHG . With five employees, two turners and three locksmiths, they started the production of milk separators. Already in the year after the company was founded, the number of employees increased to 20 and the production area was extended by another building.

The company was converted in 1899 by shareholders' agreement into a public limited company. In 1901, the production of motorcycles was started and after a short time in the same year already stopped. In 1906, the company entered the manufacture of automobiles with 110 employees .

The fierce competition forced the company, despite initially promising numbers, 1913 to stop the production of vehicles by 1914 production stopped.

The company renamed GEA Westfalia Separator GmbH and still continues to this day with other products.