Automotive manufacturer Ortenburg,Germany from 1988 to 1996. 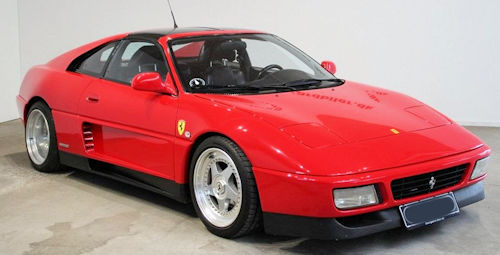 Wektor Automobiles and Design was a German manufacturer of automobiles .

Johann Bergmeier founded the company in Unteriglbach in 1988 and began producing automobiles. The brand name was Wektor . In 1991, the production ended after 68 manufactured copies. In model year 1996, the company was based at Hifering 5 in Ortenburg and again active as an automotive manufacturer.

The first model was the Competition . This was a sports car based on the Toyota Supra with Fixed coupe or targa top. For the drive provided a six-cylinder engine with 3000 cc capacity , turbocharger and 330-420 hp power. The new price was 120,000 DM .

The 1996 offered W 48 based on the Toyota MR 2 . The chassis was strengthened. The coupe body resembled Ferrari models. The drive was provided by four-cylinder engines from the MR 2, which were available with or without a turbocharger and produced between 156 and 330 hp. The new price was 92,000 DM and the delivery time eight weeks.